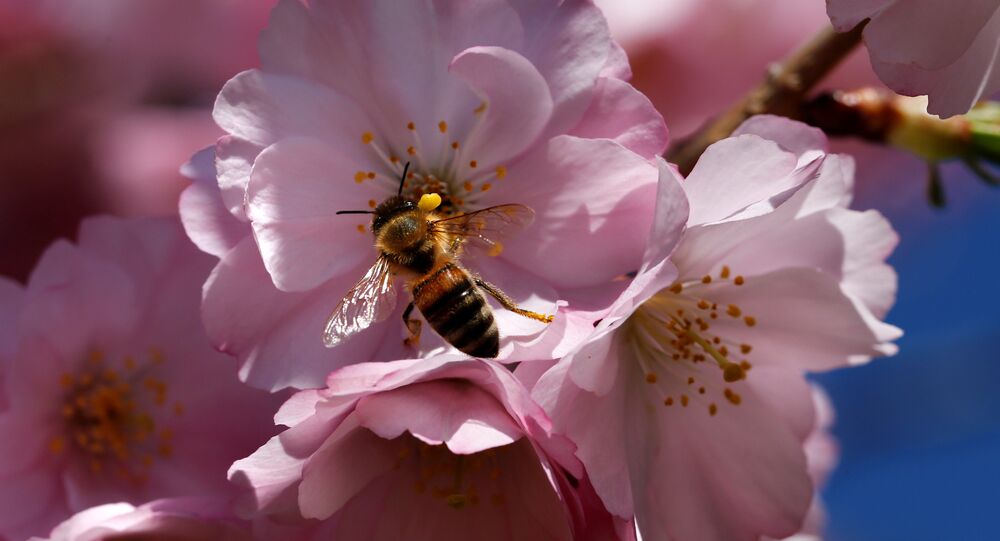 A study by a group of scientists in the United Kingdom confirmed that pesticides coating the seeds of the world’s most popular crops, like canola, corn and soybeans, are slowly killing bumblebees in Europe, North America and Asia, ZME Science reported.

The researchers, based at Royal Holloway University of London, conducted their experiment with bumblebee queens. The bees were fed a syrup containing a neonicotinoid pesticide called thiamethoxam. The study exposed the bees to almost the same amounts of neonic-treated canola that they would encounter in a field treated with the pesticide.

Neonicotinoids, more commonly referred to as "neonics," are a type of insecticide that gained popularity in the 1990s. Although they are less harmful for birds and mammals, they've recently come under wide criticism for their effect on bees and other insects. The pesticides are systemic, which means that the harmful chemicals are absorbed by plants and then distributed throughout the plant's tissues, killing any insects that feed on them.

According to the study's findings, which were published in the Natural Ecology and Evolution journal, bumblebee queens that were fed neonics were 26 percent less likely to lay eggs than bees that were not exposed to the detrimental substance.

"Without the queen laying eggs, there is no colony," scientist Nigel Raine, who helped set up the experiment, said.

Bumblebee populations being exposed to such chemicals could suffer big reductions in reproduction, threatening the entire existence of a species.

"To me, based on the data we have, it seems like quite a big impact," Raine said.

In 2013, the European Union issued a temporary ban on the use of three neonicotinoid types, and Italy noted a resurgence in the bee population.

President of the Italian Association of Beekeepers Francesco Panella said in a 2013 statement, "Thanks to the suspension of the bee-killing seed coating, the hives in the Po Valley are flourishing again. This year's magnificent and unusual spring growth of bee colonies means a very good production of acacia honey in Northern Italy. We are now anxious to ensure that the temporary ban of neonicotinoid seed coating becomes definitive."

The European Union is currently working on new proposals to permanently ban the use of neonicotinoids except on plants in greenhouses. The US and other countries should strongly consider following suit.

In addition to pesticide exposure, other factors include pathogens and habitat devastation is also negatively affecting bees.

"Bees play a vital role as pollinators in both agricultural and natural systems. However, there is increasing concern about the state of wild bee populations. Nearly 10 percent of European bee species are currently considered threatened and bumblebees are declining on a global scale. The cause of these declines is thought to be a combination of factors, particularly habitat loss, parasites and diseases, invasive species and climate change," the scientists said.