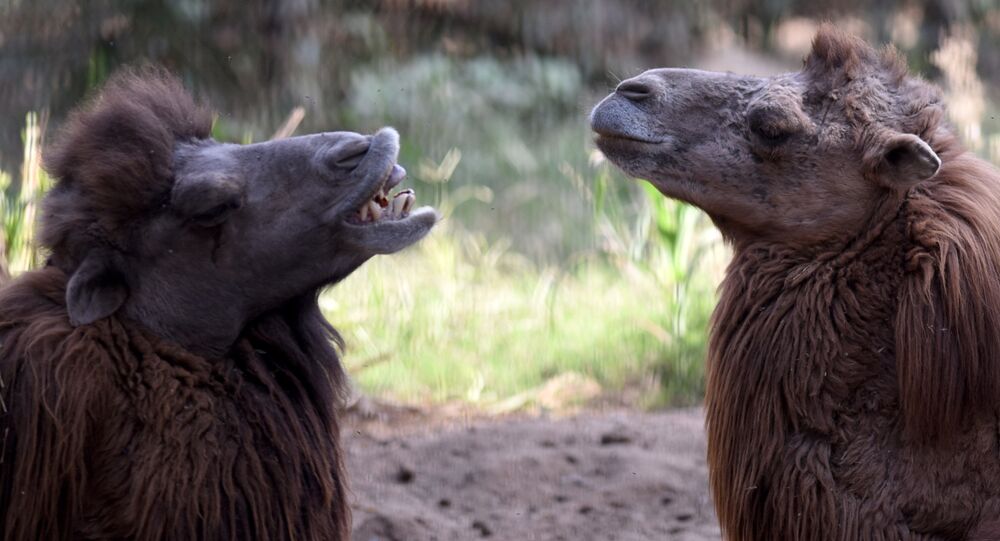 China Closes Over 130 Mineral Extraction Projects to Save Camels

China has closed dozens of mineral extraction projects in natural reserves located in the northwestern part of the country in a bid to protect the wildlife, including endangered species of camels, local media reported on Friday.

BEIJING (Sputnik) — A total of 132 mining projects in two nature reserves in Ruoqiang County have already been shut down, while 15 other would be closed after their licenses' expiration, the China Daily newspaper reported.

Chinese authorities reportedly issued a guideline which stipulated ceasing any mining activities by 2020 in the areas of the Lop Nur Wild Camel National Nature Reserve and Altun Shan National Nature Reserve in Ruoqiang, warning the enterprises against further investments in this area. According to the newspaper, a number of enterprises have already invested dozens of millions of dollars in the mining industry projects.

Established in 1986, the Lop Nur Wild Camel National Nature Reserve is the largest reserve in Xinjiang, covering the territory of over 61,200 square kilometers (23,600 square miles) and being a home to nearly 600 wild Bactrian camels, or 60 percent of their population.