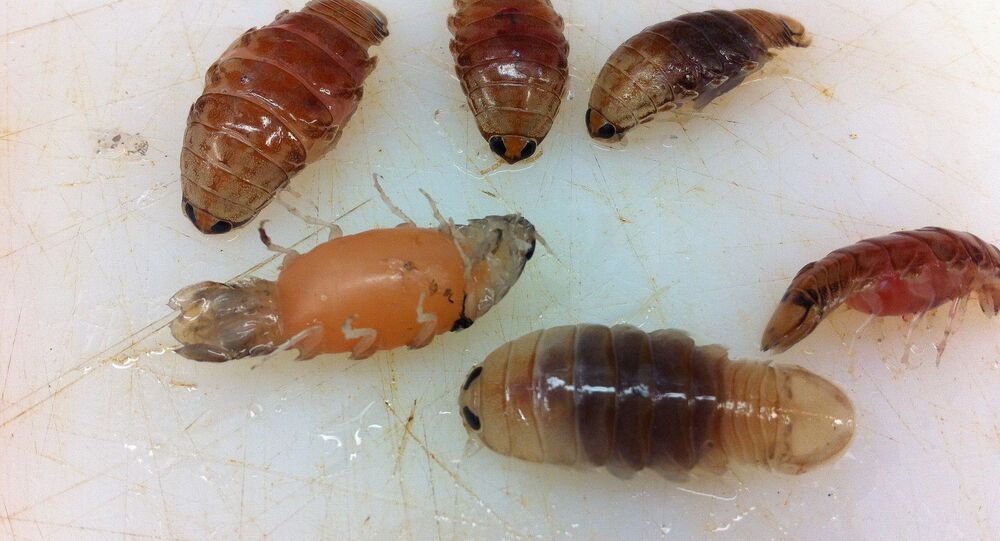 'Straya Out of a Nightmare! 'Meat-Loving Creatures' Dine Out on Teenager's Legs

It is not just sharks you have to worry about in Australia. A teenager came out of the sea after going for a paddle off a beach in Victoria with his legs covered in blood after they were feasted upon by a shoal of "sea lice."

Sam Kazinay, 16, went for a dip in Brighton, near Melbourne, on Saturday, August 5.

A teenager has suffered mystery injuries after taking a dip at Dendy Street Beach in Brighton. @nathantemp7 #7News pic.twitter.com/OOFUGvh7No

"When he got out, he described having sand on his legs, so he went back in the water," said his father, Jarrod Kanizay.

"He went back to his shoes and what he found was blood on his legs. They ate through Sam's skin and made it bleed profusely," Mr. Kanizay. said.

Mr. Kanizay took his son to hospital because they were unable to make his legs stop bleeding, but they could not see that he had suffered any injury.

"As soon as we wiped them down, they kept bleeding," he said.

While Sam was being treated at Dandenong Hospital, where doctors were mystified by his condition, his father was determined to get to the bottom of what had attacked his son.
© REUTERS
Cyclone Debbie Aftermath Terrorizes Australia With Washed-Up Sharks, Crocs

He went back to the beach the following night, obtained a sample of the water and took it home where he released it on some red meat.

He found masses of the microscopic features were feasting on the meat, just as they had his son's legs.

Australia is famous for its great white sharks, but these critters were pound-for-pound worse than a shark.

Alistair Poore, an expert on marine invertebrates at the University of New South Wales said the culprits were sea lice but he said he had never seen such a horrific case.

"If it is sea lice, then it is a pretty dramatic example of it," said Mr. Poore.

Paul Duckett, a swimmer who uses the same stretch of beach every day, said they had never had problems with sea lice.

"We're probably too gritty and tough and old for those creatures to worry about," he joked.

"We swim there every day and we're in the water for anything from 15 to 30 minutes, and no one's ever experienced anything like this," he said.

Sea lice are parasitic creatures, called copepods, which feast on various fish species in the southern Pacific and in the Caribbean. But they are not usually known to eat human flesh.