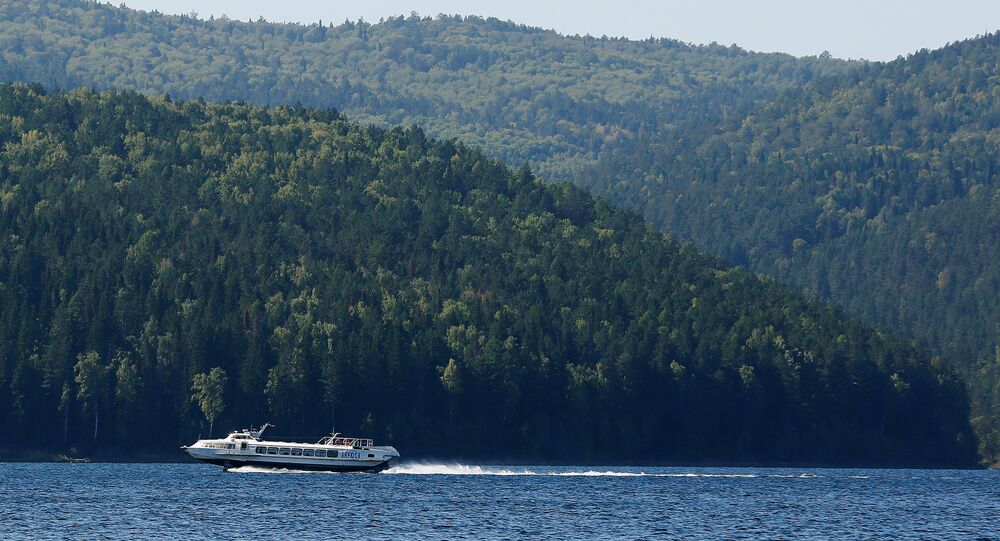 Siberian climatologists of the Russian Academy of Sciences (RAS) have predicted rosy prospects for agriculture in the region, saying that the Siberian climate will be suitable for fruits. On the other hand, climate change will obviously have negative consequences, both regionally and globally.

© AFP 2020 / SAM PANTHAKY
Climate Change Main Reason for 59,000 Indian Farmers' Suicides
Nadezhda Chebakova, doctor of biological sciences, and Elena Parfenova, candidate of biological sciences, from the Sukachev Institute of Forest of the Siberian Branch of the RAS are studying the possible consequences of climate change in Siberia. Their latest work was presented in the Japanese city of Chiba at a conference jointly organized by the Japan Geoscience Union and American Geophysical Union on May 20-25, 2017.

According to their forecasts, the climate in central Siberia will become softer by the 2080s, and permafrost territories will be reduced. In addition, they predict that by the end of the 21st century, 50-80 percent of central Siberia will be suitable for agriculture due to climate change. Calculations show that Siberia, which is known for its short summers and extremely cold winters, will have convenient climate conditions for warm season crops like fruits, watermelons, berries, corn and even some grape varieties.

© REUTERS / Ilya Naymushin
Birds fly over the Yenisei River in Taiga district outside the Siberian city of Krasnoyarsk, Russia, September 5, 2016

“The topic of climate change has become one of the most discussed by specialists, the public and political figures, because it radically changes the Earth’s biosphere and, depending on its scale, it can lead to catastrophic consequences for the whole of civilization,” Alexander Onuchin, the head of the Sukachev Institute of Forest, told Sputnik.

“If we talk about the consequences of climate change for Siberia, we need to understand that besides an increase in agricultural and forest productivity, we will certainly face other consequences that can have a negative result. In particular, we should expect an increase in evaporation and a decrease in river runoff, which will lead to a deficit of clean fresh water in the central and southern most populated areas of Siberia,” the expert explained.

© AP Photo / Hannah Mckay
UK’s May to Drop Climate Change From List of G20 Objectives
“We should not underestimate an increase in the likelihood of negative natural phenomena, such as hurricanes, and the shift in the timing of seasonal events like the formation and descent of snow cover, periods of vegetation and spring floods,” he continued.

Among other changes the head of the Sukachev Institute of Forest included: the introduction of animal and plant diseases, unusual to this region, caused by pathogens being activated; outbreaks of mass reproduction of pest insects; and the appearance of invasive species of insects not previously recorded in Siberia.

© REUTERS / Ilya Naymushin
A view shows an island in the Biryusa Bay of the Yenisei River in Taiga district outside the Siberian city of Krasnoyarsk, Russia, September 5, 2016

According to the scientist, if the average air temperatures in Siberia rise by 2 degrees (the commonly considered dangerous limit for climate change), this will be enough to face those negative consequences.

© REUTERS / Etienne Laurent/Pool
Macron: Global Climate Change Action Should Go Beyond Paris Agreement
Alexander Onuchin also mentioned that thawing of Siberian permafrost causes the release of methane, a greenhouse gas, and, according to the theory of the greenhouse effect, the consequences will affect not only Siberia, but the state of the atmosphere of the entire planet.

Meanwhile, NASA scientists fear that forest fires in Siberia can also have a serious impact on climate change, since vast Siberian taiga forests occupy more than 10 percent of the land area.

“These fears are not in vain,” Onuchin noted. While grass-roots fires that happen in the northern woodlands every once in a while can play a positive role by reducing sod formation and improving the processes of natural renewal, fires related to human activities are undoubtedly dangerous, the specialist said.

“These fires are accompanied by large emissions of carbon dioxide, the natural compensation of which will take decades,” he explained.

The world community participation in protecting the Siberian forests is essential, Onuchin admitted. “It is necessary that the entire world community actively participate in the formation of an international forest policy regulating forestry activities,” the climatologist said. 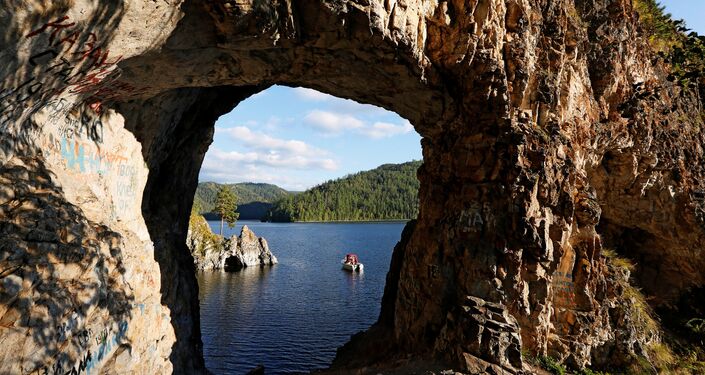 © REUTERS / Ilya Naymushin
A motor boat is seen through the Tsarskie Vorota (Tsar Gate) rock during the sunset in the Biryusa Bay of the Yenisei River in Taiga district outside the Siberian city of Krasnoyarsk, Russia, September 5, 2016

“Although the forest potential of these territories is rather high, it cannot be realized without carrying out appropriate measures to organize the creation of forest plantations and protection of forests. With these measures, the annual increment of wood products can reach 10 or more cubic meters per hectare annually; whereas, it currently stands at about 1.4 cubic meters. However, the funds invested in the development of intensive forest growing will begin to pay off in decades, which is why private forest users and tenants do not go for such investments,” the expert concluded.