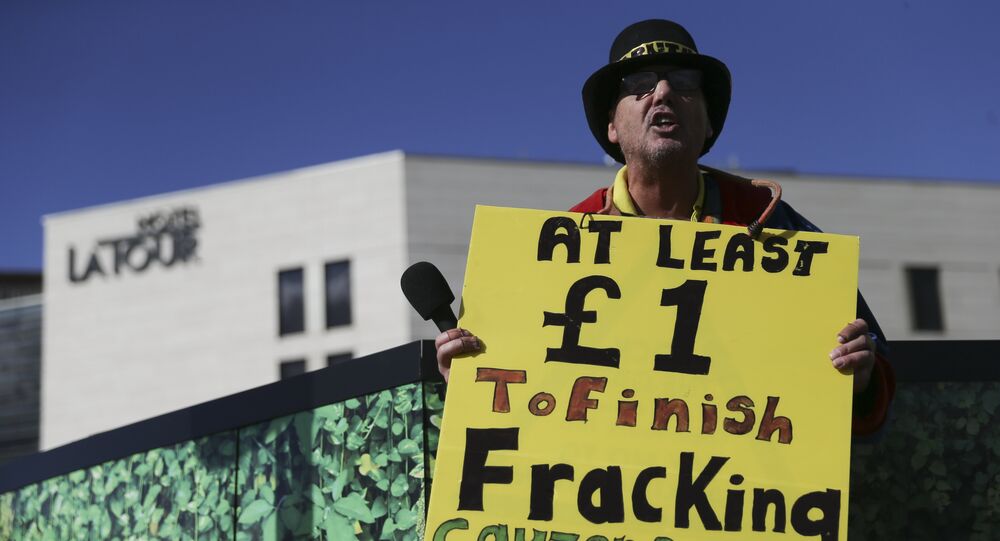 More than 70 people protesting against hydraulic fracturing in northern UK county of Lancashire have been detained in a set of rallies that lasted for a month and ended on Monday, local media reported.

© AFP 2021 / Leon Neal
Environmental Activists Launch Month of Anti-Fracking Events in UK Lancashire
MOSCOW (Sputnik) — In June, the environmental activists from the Reclaim the Power group announced that they would conduct "creative and disruptive actions" against hydraulic fracturing every working day of July protesting against the activities of the Cuadrilla energy company preparing to start fracking in Lancashire.

More than 70 activists have been detained during the actions that included "lock-on" blockades at the gates of the Preston New Road fracking site, the 2BR broadcaster reported.

The media outlet added citing a representative from Reclaim the Power that hundreds of people participated in the anti-fracking activities aimed at disrupting the activities of Cuadrilla.

According to the news outlet, during the last July event a woman strapped herself to a barrel near the Preston New Road.

In October 2016, London issued a permit to Cuadrilla to carry out fracking at Preston New Road, overturning the decision of Lancashire County Council to ban such activities in the area. In January, the company started construction of the infrastructure at the site, causing protests of local residents and environmentalists.

Dozens Rally in US City of Pittsburgh Over Fracking Activities