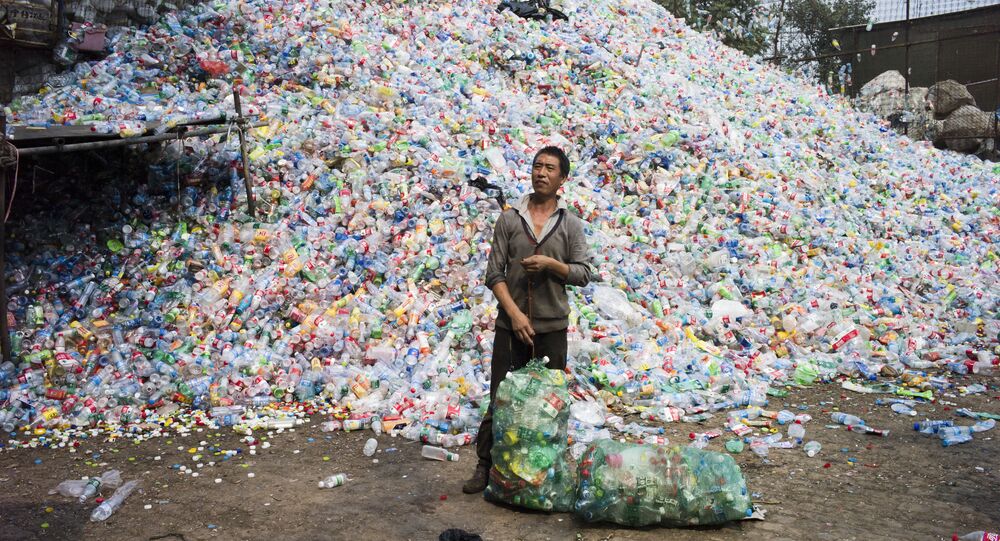 Scientists in the US have estimated that a total of 8.3 billion tons of plastic has been produced over the course of history, and it's enough to cover a country the size of Argentina. It's also comparative to a ton of plastic for every person on the planet.

© Photo : Pixabay
Nothing But Plastic Trash: Remote Pacific Island Is Totally Covered in Garbage
The study, which was conducted by researchers from the University of California, Santa Barbara, also found that half of the Earth's plastic was produced in the past 13 years alone.

Titled, Production, use, and fate of all plastics ever made, and published in Science Advances, the research found that although plastic has been in widespread mass production since the 1950s, the product has had rapid growth and is being manufactured at an "extraordinary" rate.

The report states that plastic production has surpassed that of other man-made materials, with the exception of steel, cement and brick.

Over 9.1 billion tons of plastic have been made and most of it thrown away https://t.co/cmYqmkpbD2 pic.twitter.com/2FTJ27Xp9B

​Of all the plastics ever produced and discarded, the study states nearly 80 percent has ended up in landfill or as waste in the environment.

Just 9 percent have been recycled, and 12 percent incinerated.

​The study predicts that, if current trends continue, there would be 12 billion tons of plastic waste by 2050, equivalent to one and half times all the plastic produced throughout history to date.

According to the study, historically plastic has been recycled less, however recycling has increased in Europe and China. In 2014, 30 percent of plastic waste was recycled in Europe, and 25 percent recycled in China.

However, the US continues to lag behind Europe and China, recycling just 9 percent of its plastic waste in the same year.

​Plastic is mainly used for packaging, however it can also be used in construction, where it can last for decades.

"If you spread all of this plastic equally, ankle-deep, it would cover an area the size of Argentina," said Roland Geyer, a professor of industrial ecology and the study's lead author.

A new report shows that humans have produced 8.3bn tonnes of #plastic since the 1950s with the majority ending up in #landfills or polluting the world’s continents and #oceans, threatening a near permanent contamination of the natural #environment. Photo credit: Creative Commons, Jayaprakash.

A post shared by Leonardo DiCaprio Foundation (@leonardodicapriofdn) on Jul 20, 2017 at 12:56pm PDT

The study did bring about concerns, with Professor Geyer saying that it's an "enormous amount of material that does not biodegrade."

"I am very worried," he added.

"Without a well-designed and tailor-made management strategy for end-of-life plastics, humans are conducting a singular uncontrolled experiment on a global scale, in which billions of metric tons of material will accumulate across all major terrestrial and aquatic ecosystems on the planet," Professor Geyer concluded.

Do Not Try This at Home: Melting Ice Triggers Plastic Bottle Explosion