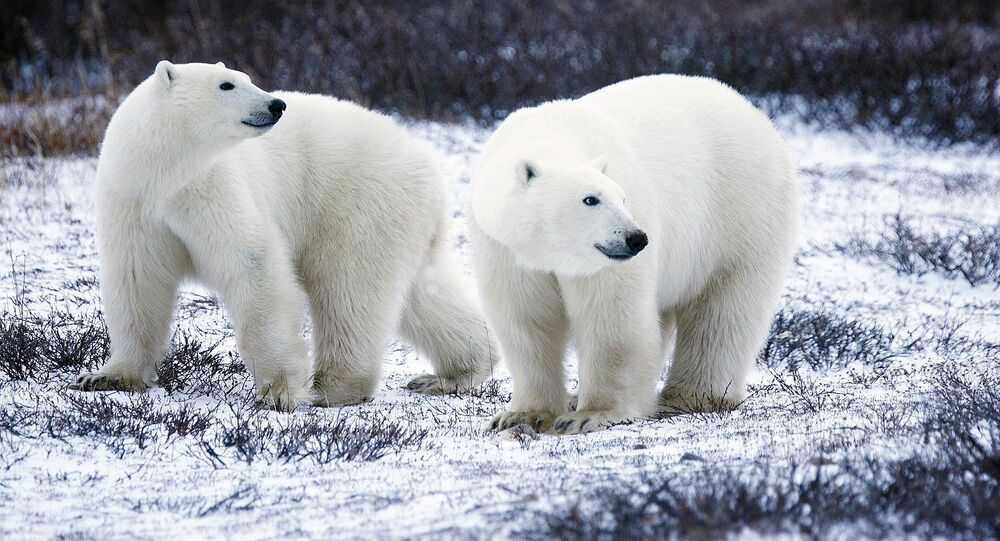 The majestic yet vulnerable polar bear, an iconic symbol of Arctic wildlife, remains the perennial focus of environmentalists' attention. On the Norwegian archipelago of Svalbard, polar bears themselves have been found to pose a threat to the local animal population.

© Photo : Svalbardi.com
Norway Entices Muslims With 'Premium Water' From Pristine Arctic Archipelago
Typically carnivorous polar bears have become a major problem for the nesting seabirds of Svalbard, preying on their eggs. In some areas of the Arctic archipelago, almost all eider and goose eggs are eaten by polar bears, the Norwegian daily Aftenposten reported. With adult males reaching up to 700 kilograms in weight, 40 eggs a day is not an unusual diet for a hungry bear.

"This puts a lot of pressure on the stock of eider and geese in polar bear habitats. We also see more great skuas and glacuous gulls, who are also avid egg-eaters," senior scientist and biologist Geir Wing Gabrielsen at the Norwegian Polar Institute told the newspaper.

Gabrielsen has researched seabirds in the environment of Ny-Ålesund for 35 years, and to him, the changes are noticeable.

​Previously, polar bears on land were an uncommon sight in these areas. These days, at least six animals are ravaging the coastline, as the eider and the goose are nesting.

© CC0
Upside-Down World: Runaway Kangaroo Baffles Norwegian Countryside
Observing polar bears on land was not a common occurrence before. These days, six animals perform at the same time as the eider and geese are hedging. Gabrielsen attributed the change in polar bears' eating habits to the rising temperatures and the shrinking ice in the Arctic.

In recent years, the sea ice has been reduced, and polar bears that are unable to reach far enough northwards have to resort to a modified diet, as opposed to one maiconsisting of mainly seals. Egg-eating polar bears were first observed in 2004. In some areas, the polar bears were clearly yellow around the muzzle from all the egg yolks they had consumed. Today, polar bears climbing over cliffs with bird nests in search of eggs and chicks are seen in many parts of the Arctic.

The altered diet reportedly worsens the polar bear's general condition and fertility. Previous research on Canadian polar bears indicated that a change of diet results in, among other things, smaller litters.

@JSCCounterPunch that pic of the #polarbear I mentioned! #climatechange pic.twitter.com/xdp8q69GmU

​Svalbard's bear population hovers at around 3,000 specimen, which exceeds the archipelago's human population of roughly 2,600. Interestingly, no cats are allowed on Svalbard, primarily for the sake of local wildlife. The only exception is Kesha the ginger cat, which is registered as a fox and lives in a Russian town.

Kesha, the cat from the Arctic Svalbard archipelago https://t.co/T2GGqwPDt0 pic.twitter.com/uNebFkve44