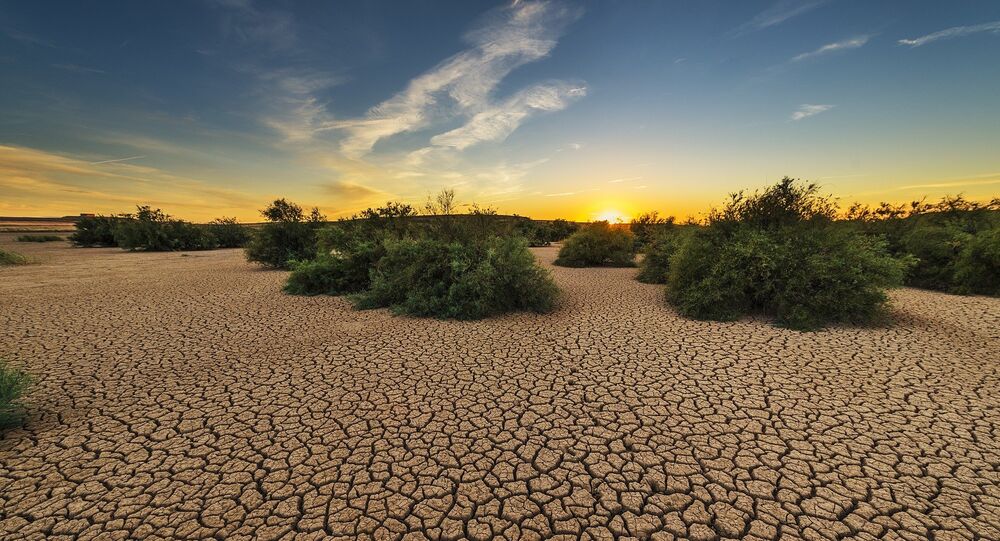 Geologists and climatologists analyzed the history of the Middle East and concluded that the drought will last for 10,000 years before rainfall increases significantly, Journal of Quaternary Science reports.

© AP Photo / Vahid Salemi, File
Water Bankruptcy: How Can Iran Resolve Growing Problems With Drought
The study, from Journal of Quaternary Science, presents the first absolute-dated record of climate variability constructed by oxygen isotopes-18 from stalagmites in the interior of West Asia (Middle East). It encompasses the Last Interglacial and early glacial periods (73,000–127,000 Before Present, BP) and early Holocene (6500–7500 BP).

Climate fluctuations correlate with Earth’s movement in orbit and long-term fluctuations in the nature of currents in the ocean.

"Local governments generally prefer the narrative that the region is only in a temporary dry spell and better prospects of water availability lay ahead. Our study has found evidence to the contrary, suggesting that in fact, the future long-term trend based on paleoclimate reconstructions is likely towards diminishing precipitation, with no relief in the form of increased Mediterranean storms, the primary source of annual precipitation to the region, in the foreseeable future," Sevag Mehterian, lead author of the new study and a doctoral student at the University of Miami's Rosenstiel School, said in a news release.

© REUTERS / Feisal Omar
World Bank Approves $50Mln for Emergency Drought Response in Somalia
These incredible climate fluctuations had led to the fact that climate in the Middle East “had been switching” every thousand years: relatively wet, but cold climate and hot, but dry climate. They provoked the “Arab spring” and wars in the Middle East, scientists consider.

Now the Middle East has entered the “dry” phase, which will last for 10,000 years. It means that reprieve from the Middle East's prolonged drought isn't likely to arrive anytime soon.

“We take what we have learned from the past climate and applied it to better understand what to expect moving forward with the current state of the changing global climate,” Ali Pourmand, a marine geoscientist at the University of Miami, and one of the authors said.

A number of climate models previously predicted much of the Middle East will become too hot and dry to sustain large human populations by the end of the century, UPI writes.

Over 900,000 Sri Lankans May Face Famine Due to Drought Followed by Floods