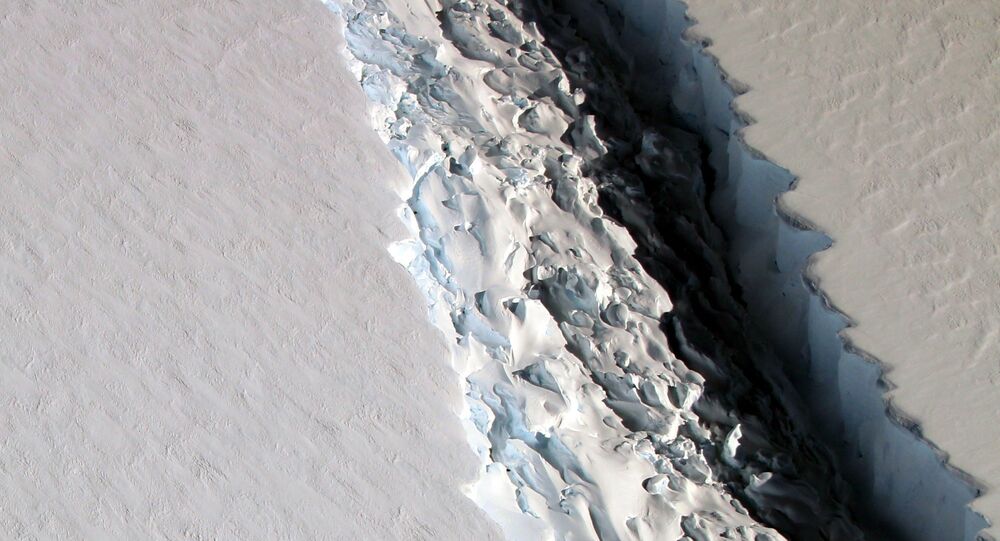 The Larsen C ice shelf in Antarctica is about to calve, which will create one of the largest icebergs in the world, one the size of Delaware. This will be the climax of around one year of anticipation when a crack was first noticed in the ice shelf.

The "calving" event could occur at any time, according to researchers – although exactly when eludes them. As it was put by the UK-based Project MIDAS (Melt on Ice Shelf Dynamics and Stability) who have led the observation of Larsen C, the event that could occur in "days, hours or weeks."

Every day since Saturday, June 24, the crack has grown at an average of 33 feet per day. The crack is now around 130 miles long, with only a few scant miles between Larsen C and freedom. The iceberg that forms will consist of between 9 and 13 percent of the ice shelf's total mass.

Contrary to popular belief, an ice shelf breaking apart does not necessarily entail a rise in sea levels. Ice floats on top of water after all – and just like an ice cube in a glass of water, it causes the water to displace. However, the complete collapse of Larsen C might be a different story.

"Ice shelves actually hold back the ice which is on land, [acting] as a cork in bottle," Jonathan Kingslake, a glaciologist and assistant professor at Columbia University's Earth and Environmental Science Department, told Newsweek. "If an ice shelf were to disappear, ice on the land would start to flow faster."

If Larsen C were to totally disintegrate, according to a study from Swansea University in Wales, water levels could rise about four inches worldwide. Kingslake says this isn't very likely to happen. "There will likely be "loads of headlines saying scientists are worried, but that's not really right," Kingslake said. "We're not worried about this causing anything really catastrophic."

Larsens A and B also broke off fairly recently: A in 1995 and B in 2002. The latter shelf, which was the size of Rhode Island, briefly created a very large iceberg that then broke to pieces and vanished beneath the waves.

Although some have rushed to call Larsen C an example of human activity destroying the planet, most glaciologists have called the calving a natural consequence of the ice shelf. Ice shelves breaking apart is a "natural process which is going on all the time. It just so happens that this is a very large one," said Kingslake. "There's no reason to tie this one particularly to human-induced changes."

However, he "would like to use this opportunity to point out that there are parts of Antarctica we are concerned about," such as the Amundsen Sea, which hosts the Pine Island Glacier that is receding at a frightening pace "It's a delicate balance between fear mongering but also pointing out that there are amazing beautiful phenomena going on. And some of them have implications for sea level rise."