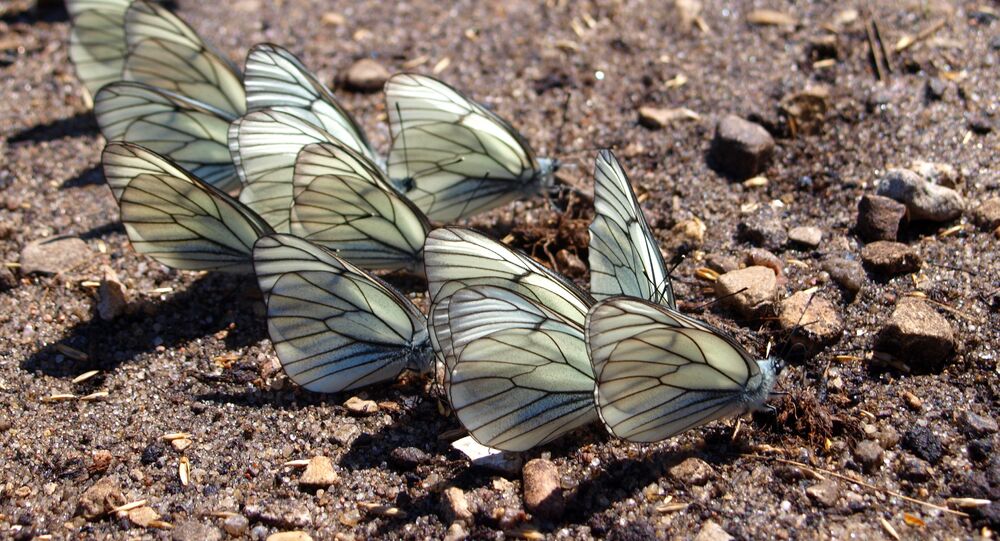 Since the beginning of June, the Russian cities Tomsk and Novosibirsk have been experiencing a ‘butterflypocalipce:’ a phenomenal amount of Black-veined White butterflies have ‘attacked’ Siberian regions. There are so many of them that the ground is almost shaking!

The Black-veined White is a large butterfly which often goes by the more scientific name Aporia crataegus. It has rounded white wings with clear black veins and usually feeds on fruits of the wild bird cherry and apples. The species is common in Europe, Asia and North America, but is extinct in Great Britain and northern Scandinavia, migratory in the Netherlands and retreating from France.

However, experts don't see any anomalies in it.

"In the summer of 2016, the number of butterflies was significantly smaller. This year, there are a lot of them, and the next year, there will be even more," Vladimir Romanenko, the Head of the Invertebrate Zoology Department at Tomsk State University told local media.

"It's quite common for most insects: for a few years, there are a little less of them, and then their population starts to grow. Currently, black-veined white butterflies have not yet reached their normal abundance, which is ‘oh my goodness how many'!" he added.