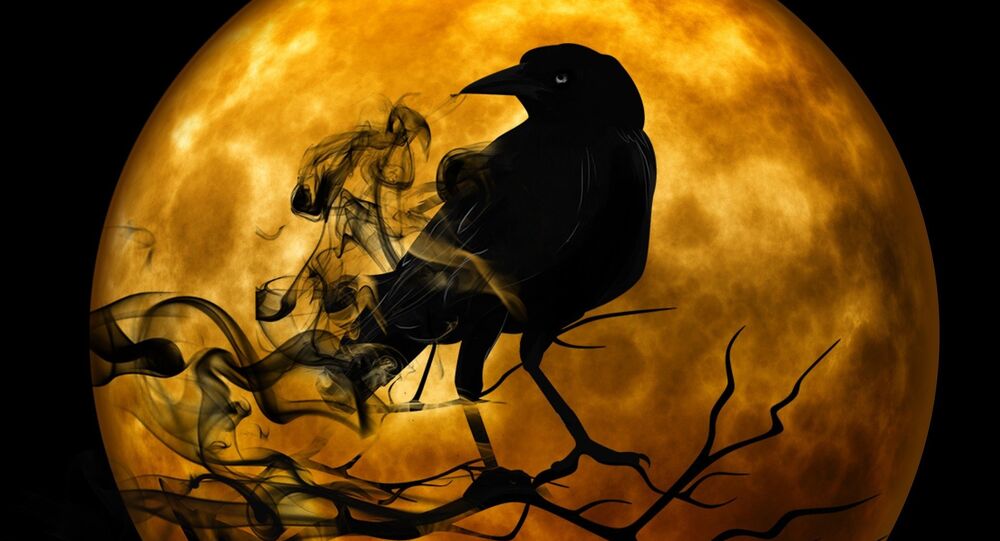 'Fool Me Once, Shame on You': An Elephant Never Forgets and Neither Do Ravens

Individuals rarely forget who has conned them, and go to great lengths to avoid interacting with such characters if swindled a mere once. This trait isn’t unique to humans – many animals retain memories of cheats – and now University of Vienna researchers have added ravens to the list of such eidetic creatures.

Ravens are already renowned for their intelligence — their intellects rank almost as highly as chimpanzees' and dolphins', making them one of the smartest creatures on Earth.

They have better speech-learning capabilities than parrots, and can mimic a whole host of noises, such as the roar of car engines and the flush of toilets, and the noises made by other animals. They are also the only non-primate that naturally uses non-vocal signaling to communicate, using their beaks and wings to convey soundless messages to their peers — and other animals (although whether they are fully understood by non-ravens remains a mystery).

Often however, ravens use their intelligence for nefarious purposes, such as stealing fish from fishermen, and playing dead next to the carcasses of dead animals to ensure other ravens stay away from their nourishing evening meal.

Moreover, if a raven knows others are watching it hide food, it will pretend to put the food in one place, and then actually hide it another — although, this trick isn't always effective, given other ravens are smart too, and are wise to the scam.

Be nice to ravens: https://t.co/bkmADAJ2M9

​It is perhaps this discipline that informs ravens' newly-discovered ability to discern the honest from the con artists.

The University of Vienna team set out to discover whether ravens would remember humans who defrauded them, and designed an experiment in which the birds were offered a trade — a crust of bread for a hunk of cheese. In the first round of tests, some human subjects completed the trade as implicitly agreed, handing over their portion of cheese when the raven proffered their bread — others simply kept both items for their own digestion.

In subsequent trials conducted months later, ravens avoided the tricksters, entering into trades only with individuals who kept their promise. The researchers believe the findings suggest ravens can not only differentiate between "fair" and "unfair" individuals, but retain that knowledge for some time.

For all their wiliness when it comes to food, ravens are a highly cooperative species, and it may be this skill for recognizing and punishing dishonest folk even after a single encounter that explains their collaborative tendencies on an evolutionary level.

Ravens are far from alone in possessing tremendous powers of recall. For instance, a cat has a short-term memory 20-times longer than a human's.

Memory in animals and people has two components, one short and the other long — what someone is currently doing is constantly fed from their short- to long-term memory banks. As the former has a span of about 30 seconds, if a person is distracted during this transfer process, it may be interrupted entirely, with data not be sent between the two, and the short-term memory "episode" written over. Anyone who has ever entered a room to look for their keys, become distracted by something and forgotten what they were searching for, indeed why they were in that room in the first place, will be well-familiar with this phenomenon.

Tests in which cats were distracted from their activities by a variety of different methods (such as jangling keys) found moggies' short-term memory span actually lasts 10 minutes. No matter the distraction source, those who were left to return to their own devices before that period elapsed would carry on exactly what they were doing in the first place.

​Furthermore, while humans have been known to take grudges to the grave, elephants likewise don't easily disregard slights from others. These highly social creatures can identify over 30 of their own relatives, unique among animals, and research suggests they react negatively to the scent of tribes whose members have attacked them. Elephants also remember human abusers for years afterwards.