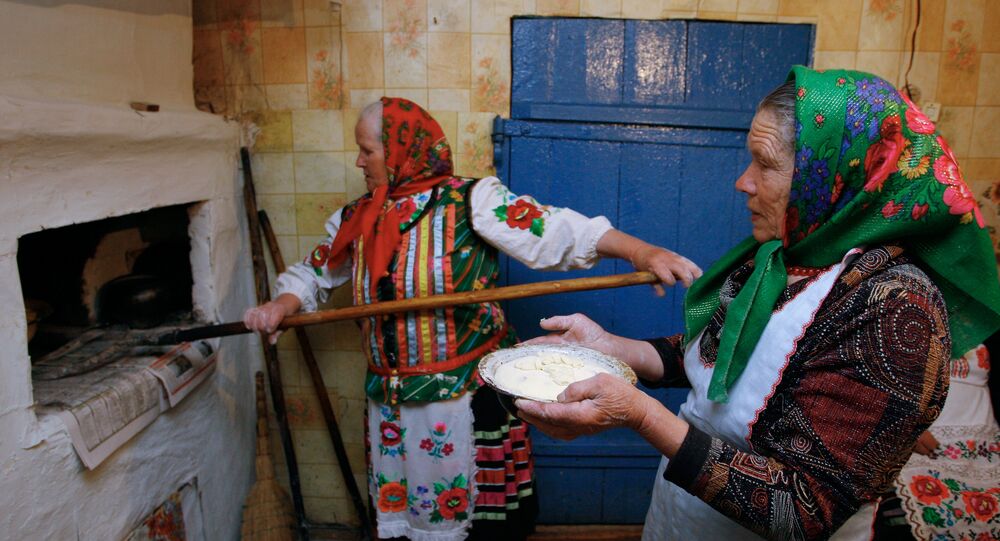 Borsch for Everyone! Russia Can Feed the World With Quality Homemade Food

On the eve of his speech on the second day of the St. Petersburg International Economic Forum, Italian climate expert and Nobel Laureate Riccardo Valentini told Sputnik about the future of science, the consequences of global warming and how Russian food will help save the world.

On June 2, Riccardo Valentini, a professor at the University of Tuscia (Italy) and the director of the Euro-Mediterranean Center on Climate Change, will participate in the roundtable discussion "Future of Science" at SPIEF 2017. According to Valentini, the duty of science is to find a solution to the most pressing problems of our time, including global warming and environmental sustainability.

© Sputnik
Professor Riccardo Valentini
© Sputnik / Alexei Danichev
Russian Regional Investment Climate Index to be Presented at SPIEF on Friday
"It is significant that these topics are to be discussed at the forum in St. Petersburg because both of them are very important for Russia. The Russian nature is very rich and diverse, and the ecosystem protection is inextricably connected with the creation and development of technologies for reduction of greenhouse gas emission," the Italian climate expert told Sputnik Italy.

"The other news is that today Russia is the No. 1 wheat exporting country in the world, ahead of Europe. This is a very important indicator because in the 1990s it was one of the largest importers. While the rest of the world reduces the amount of arable land, there are more and more of it in Russia," he added.

© Sputnik / Valery Morev
Russian Wheat Export to Reach Historic High in 2016-2017 - Agricultural Ministry
In 2007, Valentini was awarded the Nobel Peace Prize as a member of the Intergovernmental Panel on Climate Change, which is engaged in the risk assessment of global climate change caused by man-made factors. The scientists received the prize "for their efforts to build up and disseminate greater knowledge about man-made climate change and to lay the foundations for the measures that are needed to counteract such change."

"According to our calculations, by 2050, there will be about 40 million hectares of arable land in Russia due to the improvement of climate conditions. For this reason, we opened an international school with a multidisciplinary approach: we combined economics and agriculture to create economic opportunities and to give students new professional knowledge and skills," Valentini said.

© Sputnik / Vitaliy Ankov
Russian Vladivostok May Become Special Economic Zone – China Lawmaker
"Vladivostok is an important strategic point because the eastern part of Russia has something that Europeans do not have — a neighborhood with Asia. We are cooperating with the Euro-Mediterranean Center on Climate Change and with Chinese, Korean and Japanese universities. Thanks to Russia I hope that we will be able to build a bridge between Europe and Asia," he continued.

The professor is sure that Italy and Russia can learn something from each other and offers to "marry" Italian quality agriculture production to Russian traditions.

"People will always need fertile soil, and these lands are concentrated here, in Russia. However, agriculture in Russia is viewed from the standpoint of mass production, while in Italy and Europe they pay more attention to the quality of products. It is necessary to find a way to produce high-quality Russian products, to open a new production line," the researcher noted.

According to Valentini, this kind of product already exists — this is the so-called "babushka's food," homemade meal cooked by a grandmother.

"By this, I mean natural products, the tradition of cultivating the land in the countryside, collecting berries, honey, making preserves and cooking authentic borsch. In order to combine traditions with innovations, I think that we need to follow the Russian way of thinking, their mentality.

From Dacha to Borsch: Famous Russian Words Known All Over the World