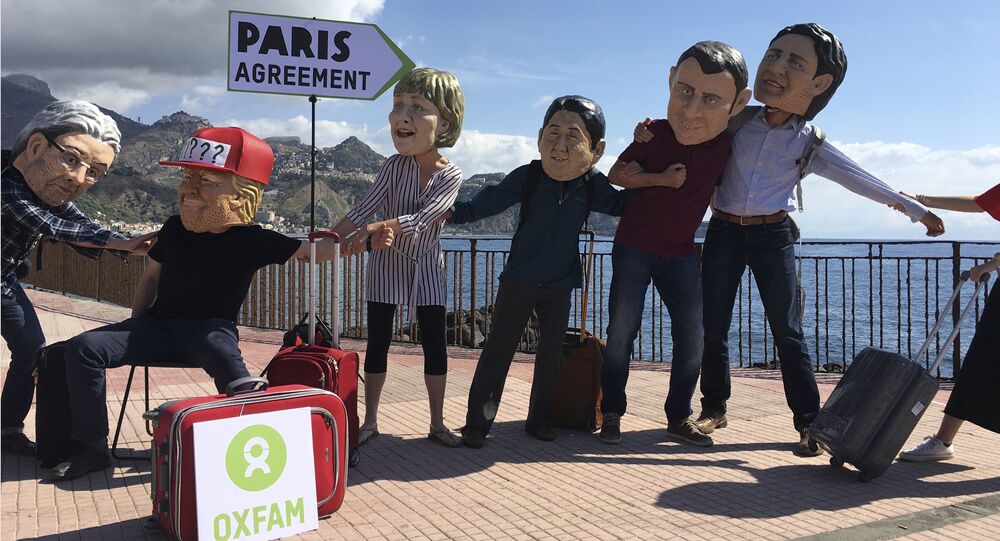 Three of Europe's largest economies called US President Donald Trump's decision to withdraw from the Paris Climate Accord inked by the previous administration "regretful." They also denied the possibility of a renegotiation of the accords, something that Trump repeatedly suggested during the press conference announcing the withdrawal.

"We deem the momentum generated in Paris in December 2015 irreversible and we firmly believe that the Paris Agreement cannot be renegotiated, since it is a vital instrument for our planet, societies and economies," said French President Emmanuel Macron, German Chancellor Angela Merkel, and Italian Prime Minister Paolo Gentiloni in a statement.

They urged the other signatories to intensify their efforts to combat climate change and that they would do more to help developing countries meet the accords' goals.

© REUTERS / Jonathan Ernst
'We're Getting Out': Trump Yanks US From Paris Climate Deal

Merkel reportedly expressed her regrets directly to Trump over a phone call. An anonymous source told Reuters that Macron did much the same. "[Macron] said that they could continue to talk, but indicated that nothing was renegotiable with regard to the Paris accords. The United States and France will continue to work together, but not on the subject of climate," the source said.

Stephane Dujarric, a spokesman for the office of the UN Secretary General, called the US withdrawal from the accords a "major disappointment." "The decision by the United States to withdraw from the Paris Agreement on climate change is a major disappointment for global efforts to reduce greenhouse gas emissions and promote global security," read the Secretary-General's office's statement.