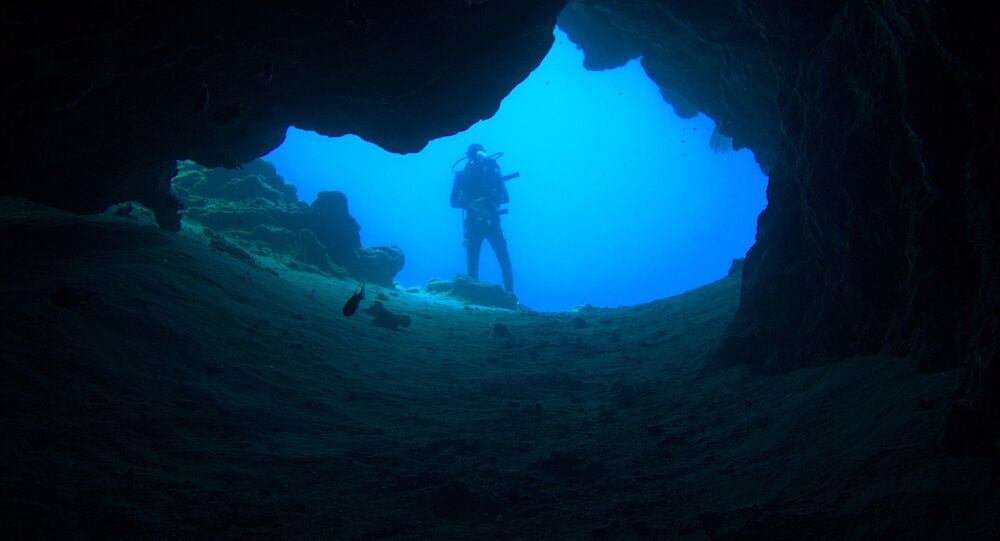 One of the world's ugliest species of fish has been found deep in the sea off the coast of Australia. They have not been seen since 1873 and had been feared extinct.

A team of 27 scientists, 13 technicians and 20 crew members are on board The Investigator, a research vessel which has been scouring an ocean abyss east of Australia.

​The ship started out from Launceston in Tasmania on May 15 and has been traveling north towards the Coral Sea, going through seven Commonwealth marine reserves.

A submersible equipped with sonar, nets and special cameras went down four kilometers into a trench at the bottom of the ocean. They brought up red spiky rock crabs, coffinfish, eels and blind sea spiders.

But the most staggering discovery was the so-called "faceless fish", which was last spotted in 1873 by the crew of a British ship, HMS Challenger, off Papua New Guinea.

Tim O'Hara, the chief scientist on board the vessel, said: "This little fish looks amazing because the mouth is actually situated at the bottom of the animal so, when you look side-on, you can't see any eyes, you can't see any nose or gills or mouth."

"It looks like two rear-ends on a fish, really," he added.

​The fish and the other creatures which were discovered live so deep beneath the surface of the sea that light does not penetrate down at all and it is pitch black. Over the eons the fish have evolved so that they are either blind or have tiny eyes.

Dr. O'Hara said it took seven hours to deploy and then retrieve the equipment and its eight kilometers of cable from the sea floor. He said the information they had discovered would improve knowledge of deep-sea habitats, their biodiversity and how they are being affected by climate change.

"This will assist in its conservation and management and help to protect it from the impacts of climate change, pollution and other human activity," he said.

Christopher Bird, a PhD student at the University of Southampton and a deep sea shark ecologist, said the area of ocean which had been explored was called an "abyssal plain" and was one of the largest ocean habitats on the planet.

"Most predators, such as sharks, use their eyes to find their prey, which glows in the dark but they are rarely found deeper than 2,500 meters and clearly these fish have evolved over millions of years. It seems that they feed on shrimps and crabs on the sea floor and have evolved well-developed nostrils because smell is clearly important in their hunting strategy," he told Sputnik.

He said the pressure at that sort of depth would be immense and it was not clear if the fish had a swim bladder to control its buoyancy.

The team on The Investigator also discovered large amounts of garbage on the ocean floor.

"We are realizing how much debris, especially plastic, has found its way into the ocean. Recently a piece of orange peel was found inside a fish thousands of meters down," Mr. Bird told Sputnik.

© AP Photo / Evan Vucci
Trump Reportedly Decides to Exit From Paris Climate Deal Despite EU's Objections
In February scientists from the University of Aberdeen reported "extraordinary levels" of pollution had been found in the Mariana Trench, the deepest part of the Earth's oceans. Pollutants from the 1970s had accumulated among the crustaceans that live there, contaminating life 11,000 meters below sea level.

Ironically the latest study from Australia comes as it was revealed that US President Donald Trump had reportedly decided to pull out of the Paris Agreement, which is expected to harm attempts to reduce global warming.

Earlier this year a group of conspiracy theorists claimed they had found a "mountain-sized" object almost two miles wide on Google Maps as it moved along the floor of the Pacific Ocean. They said it left a 41-mile track behind it.

When Fish Get Ugly! Russian Fisherman Shows Off Horrors From the Deep (PHOTOS)