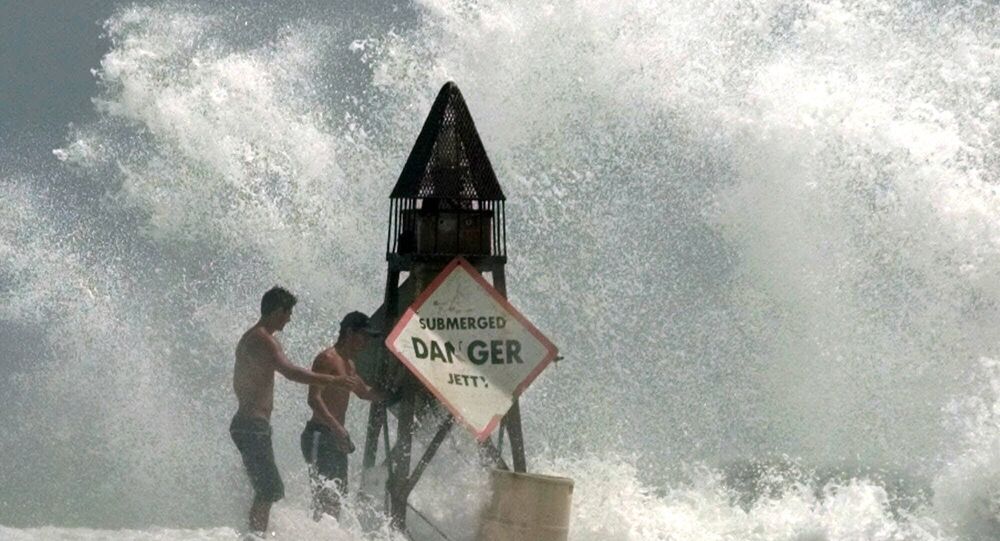 According to a new study from European researchers, sea levels are rising three times as quickly as they were 25 years ago, placing hundreds of millions of people living in coastal areas at risk.

"The acceleration in global mean sea-level rise is much larger than previously thought," Sönke Dangendorf, an oceanographer with the University of Siegen and the paper's lead author, told DW. "It underlines that sea-level rise is a serious threat."

Dangendorf's team, which published in the journal Proceedings of the National Academy of Sciences, charted the increases in sea levels over the 20th century until 2012.  During the majority of the 1900s, sea levels rose at an average rate of 1.1 millimeters a year.

But in 1993, a drastic shift occurred. From then until 2012, sea levels rose at an average rate of 3.1 a year instead. "Cities like Miami which are already impacted by sea-level rise will experience much more coastal flooding and much stronger storm surges than have been observed so far," Dangendorf said.

This trend is believed to be primarily caused by global warming. As the planet warms, cold and icy areas of the world become warmer. The ice melts and flows into the sea, causing water levels to rise. While this is not a secret to the environmental community, previous studies have not charted such a shockingly high rate of sea levels rising.

Dangendorf speculated that the intensity of the trend is a result of melting ice sheets in Greenland and Antarctica, a factor he believes was understated in previous estimates. "We have always had a great uncertainty over the contribution of the large ice sheets, which store 100 times more sea-level equivalents than glaciers," he said.

The team observed data from tide gauges, devices that have been used measure changes in sea level since the 19th century. They mostly became obsolete in the 1990s, but their data is still valid today. From 1992 onwards, researchers have mostly relied on satellite data instead.

A United Nations panel on climate change warned that they expected sea levels to climb between 12 and 39 inches by the year 2100. In the worst case scenario, places like the San Jose Valley, New Orleans, Miami, Tampa, Quebec City, Vancouver, Alexandria, most of The Netherlands, Lisbon, Venice, Shenzhen, Ho Chi Minh City and others would be submerged