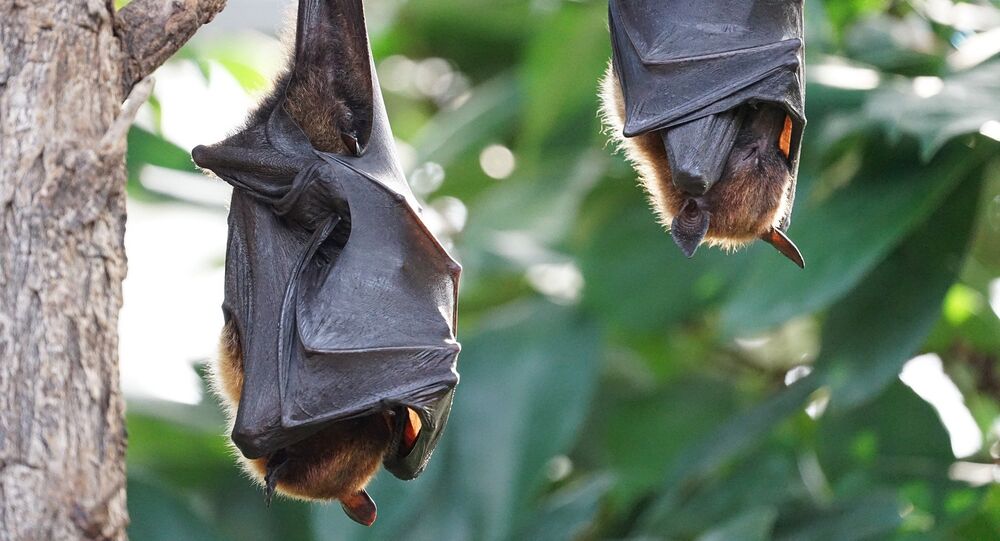 How 'Vampires' Get By With a Little Help From Their Friends

Female vampire bats are actually very social animals: besides creating strong bonds with their moms, sisters and daughters, they form friendships with non-kin bats. A group of American scientists discovered that such friendships are essential to vampire bats’ survival as they provide important backup support when family members go missing.

Most bats feed on relatively soft food like insects and fruit. But there are six bat species that eat only the flesh or blood of vertebrate creatures. Almost all of them live in the tropics of South America and often switch from the blood of wild animals and birds to the blood of livestock and even people due to massive deforestation and other environmental problems.

© Photo : Amada44
Indian Researchers Discover Alternative to Kill TB Bacteria
Vampire bats (Desmodus rotundus) are often unable to get enough to eat, so they are living on the edge, and risk dying of starvation. Their close relatives often step in as donors sharing blood meals. However, the number of closely related females tends to be low, as they don't begin reproducing until they are two years old and usually have only one pup per year. A team of US researchers proved that bats' social lifestyle helps them to survive, especially when their kin food donors are gone.

For four years, the scientists observed social interactions in a group of about 30 marked vampire bats. They removed individual females from the colony and released them back on the next day. But just before returning them to the group, the researchers also removed those bats' major donors and looked how they coped with such changes.

It turned out females who previously built up more friendships with non-relative bats coped better with their loss. They received more support and food than female bats who only invested in close relatives. "We discovered that on the rare occasion that they lose a major food donor, they do much better. Their social network of food donors is wider and more robust," Gerry Carter, a post-doctoral fellow at the Smithsonian Tropical Research Institute and the author of the new research said.

© CC0 / Pixabay
'Deer' God! Cuddly Vegetarian Critter Has Developed Taste for Human Blood
Such situations may arise in the forests of South America, where Desmodus rotundus are often forced to spend the night in different colonies after a long fruitless search of food. "It's not uncommon that a bat goes out to forage and fails to get food, and it's not uncommon that her closest relative will have switched to a different roost that night," Carter said. "We're recreating a situation that vampire bats might face fairly often."

In such cases, a large number of non-relative bats, who are ready to donate blood to save their friends, promote the survival of individuals and the entire population.

Plastic-Munching Caterpillars Could Gobble Up the World's Mountains of Trash