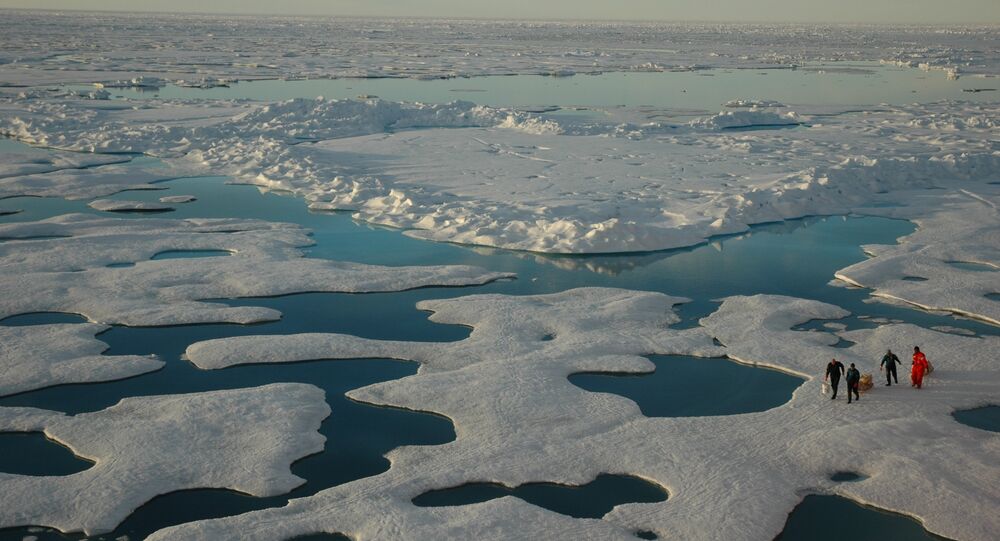 Foreign ministers of the eight Arctic countries will discuss the most pressing common issues during the biennial Arctic Council ministerial meeting in Fairbanks, Alaska on Thursday.

WASHINGTON (Sputnik) — The 10th ministerial gathering will review the work completed under the two-year US chairmanship, and address regional problems, including socioeconomic and environmental issues.

© Sputnik / Liudmila Chernova
Hundreds Rally Against Climate Change in Alaska Ahead of Arctic Council Meeting
The foreign ministers of all eight countries, including the United States, Canada, Russia, Sweden, Norway, Iceland, Finland, and Denmark are set to participate in the meeting that will conclude the US chairmanship.

Russian Foreign Minister Sergey Lavrov will lead Russia’s delegation, while the US delegation will be headed by Secretary of State Rex Tillerson. Canadian Minister of Foreign Affairs Chrystia Freeland announced on Wednesday that she would attend the meeting on May 11.

The Russian Foreign Ministry said on Wednesday that a declaration on commitment to peace, stability and cooperation in the Arctic region will be approved during the Arctic Council ministerial meeting.

Moscow is seeking to enhance the international collaboration in the Arctic region, both on the bilateral and multilateral basis, first and foremost, within the Arctic Council, according to the foreign ministry.

Participants of the meeting may also decide to increase the number of the observers to the organization.

The State Department announced that while in Alaska, Tillerson will meet with US indigenous representatives to the Arctic Council.

US Senator Lisa Murkowski, who represents the state of Alaska, told Sputnik the issues and concerns of the indigenous people of the Arctic region should be among top priorities of the Arctic Council.

During the ministerial meeting, Finland will take over the rotating Arctic Council chairmanship from the United States. Helsinki will assume the chairmanship for the 2017-2019 period.