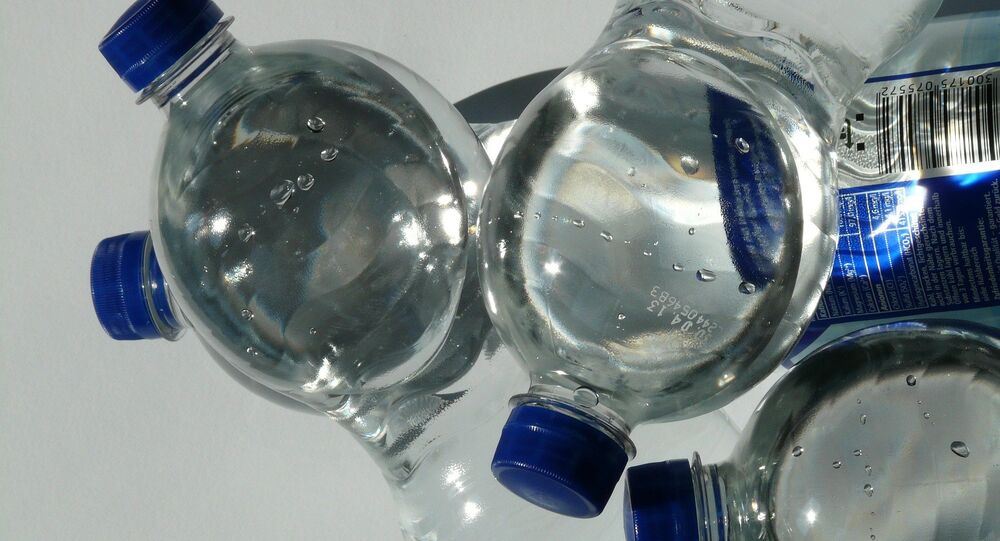 While the Nordics are known as being the most eco-friendly, they keep reinforcing their image with new inventions. Finnish researchers have come up with plastic bottles made of natural sugar in an attempt to replace petroleum products and reduce the anthropogenic effect on the environment.

© Photo : Twitter/sente_link
Finnish Company Making Money Out of Fresh Nordic Air
The innovative method of producing furan dicarbonic acid (FDCA) from plant sugars, developed by the VTT Technical Research Centre of Finland, has been described as "environmentally sound" and "economical." Among other things, FDCA can be used for manufacturing drinking bottles, paints and industrial resins. The importance of the innovation rests in the fact that organic FDCA molecules can be used as "building material" for PEF-polymers, which are seen as the future of plastic, the Finnish scientific magazine Tekniikka & Talous.

For the time being, oil-based polyethylene terephthalate (PET) remains the main ingredient for the production of drinking bottles. The VTT's new groundbreaking method can provide a renewable and sustainable alternative for the beverage industries to introduce "green" technologies in the manufacturing process. Its main selling point is that can be scaled up to industrial purposes without substantial investments.

"This material is significantly more effective at retaining water and acids. This contributes to the fact that the contents of the bottle will be preserved better and longer," VTT senior researcher David Thomas told Tekniikka & Talous.

© AFP 2020 / FABRICE COFFRINI
Bug Binge: Finns Most Eager to Feast on Protein-Rich Creepy-Crawlies
While "sugar" plastic is not biodegradable as such, it nevertheless produces much less toxic waste in comparison with traditional PET, since its ingredients can be re-used.

The research and design were funded by the VTT and Tekes, the Finnish Funding Agency for Technology and Innovation, which is a part of Finnish Ministry of Employment and the Economy, as well the most important public funding agency for scientific research in Finland. The VTT's method of producing FDCA from sugar or sugar waste has already been patented and will be presented in September. According to the VTT, Finnish companies in the field of materials chemistry have already voiced their interest.

In the US alone, about 50 billion plastic water bottles are used each year, which amounts to 167 disposable bottles per average American and demands over 17 million barrels of oil annually. This is enough to fuel 1.3 million cars for a year.