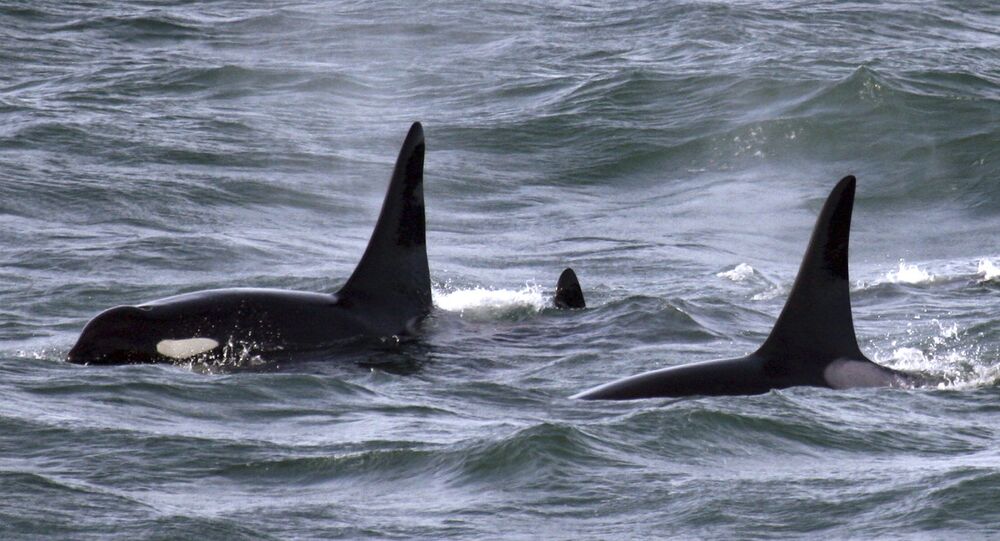 A dead orca whale that washed up on the shore of a Scottish isle has been revealed to have the highest concentration of dangerous pollutants ever recorded.

Following the dead whale's discovery in January on a small island, researchers with the Scottish Marine Animal Stranding Scheme (SMASS), a group that according to their website, "collates all data from stranded marine animals around Scotland," conducted an autopsy that revealed astonishingly high levels of dangerous pollutants, including highly toxic manmade polychlorinated biphenyls (PBCs).

Scientists conducting the autopsy said the PCB levels are the highest ever recorded in an animal, according to Ibtimes.

The 20-year-old orca, nicknamed Lulu by the team of scientists, was revealed to have PCB levels at concentrations 100 times above the toxicity threshold for sea-going mammals. A study of Lulu's ovaries revealed that the cetacean had never reproduced, likely a result of the pollutants riddling her tissues, according to the SMASS report.

According to SMASS head Andrew Brownlow, "Previous studies have shown that killer whale populations can have very high PCB burdens, but the levels in this case are some of the highest we've ever seen."

"We know Lulu died from becoming entangled," Brownlow added, "but given what is known about the toxic effects of PCBs, we have to consider that such a high pollutant burden could have been affecting her health and reproductive fitness."

Between 1920 and 1977, when their use was eliminated, PCBs were ubiquitous in electrical distribution and power-generation equipment. According to data collected by the National Oceanic and Atmospheric Administration (NOAA), some 1.5 billion pounds of the deadly compound was manufactured for use in a wide spectrum of applications in the industrialized world.

Banned in 1979 by the US after it was revealed that PCBs were harmful to the environment and caused cancer in humans, the compounds continue to leach into the oceans and many other habitats. PCBs have been identified in almost every biome of the planet, including 36,000 feet below the surface of the sea, according to a February NOAA study.

"Once PCBs get into the marine environment, they are difficult if not impossible to remove," said Brownlow.