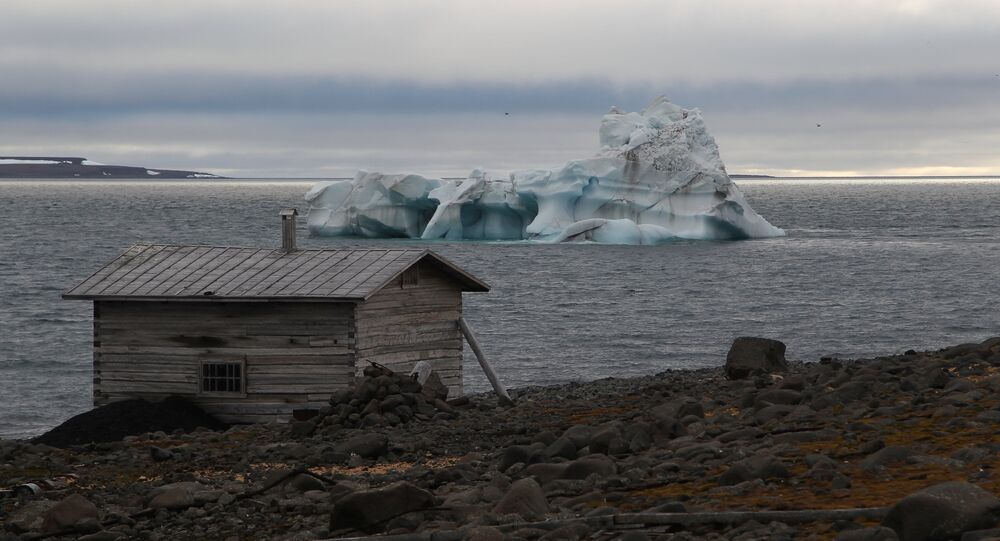 Fears of the global warming have been refueled by the recent report from the Arctic Council, which predicted winter temperatures to rise by a solid four degrees over the next 30 years. This warming is predicted to affect animals and humans alike, unleashing viruses upon the Arctic flora and fauna.

© Photo : Pixabay
Microplastic, Not Fantastic: Tons of Litter Wash Ashore in Norway
Nowhere else on the globe have temperatures been rising as fast as in the Arctic, and this trend is expected to continue in the future. The recent report by the Arctic Council predicted the warming to have a devastating effect on the number of areas. Over the past 50 years, the temperature in the Arctic regions has risen more than twice as fast as the world median. Over the next 30 years, autumn and winter temperatures can rise by an additional 4 degrees.

"It will have serious consequences," Peter Sköld, the head of the Arctic Center at Umeå University, told Swedish national broadcaster SVT, venturing that the rise will happen sooner than man thought before.

One of the foremost consequences of the Arctic warming will be the melting of the polar ice and the rapid rise of global sea levels. The Arctic Ocean could become free of sea ice in the summer as early as 2030 or even before that. This is expected to put extra strain on polar bears, walruses and other animals that rely on ice for survival. Additionally, thawing permafrost that holds 50 percent of the world's carbon is already affecting northern infrastructure and could release significant amounts of methane into the atmosphere.

© AFP 2021 / PAAL AARSAETHER
More Powerful Icebreakers Needed in Baltic Sea Despite Global Warming
Among other things, viruses will be spread further north and bacteria present in the soil will be released. Finally, the risk of forest fires is also expected to increase.

"We already notice diseases that we have not known before," Peter Sköld said, citing ticks that are being encountered increasingly farther north together with hare pest, vole fever and the like.

The warming will also affect fish stock, introducing unforeseen consequences in Arctic waters. According to Sköld, Arctic char population alone is expected to drop by 73 percent. Additionally, new species can migrate further north as the Arctic waters get progressively warmer. The arrival of a more aggressive species could spell doom for the Arctic fauna. Also, the climate will be difficult to predict. Late April temperatures in northern Europe may thus fluctuate between 30 degrees' heat and heavy snow.

"We will have severe temperature fluctuations. It can freeze and thaw every second. This would put reindeer on the verge of starvation," Peter Sköld said.

© Flickr / Timo Newton-Syms
Some Like It Hot: Finland Poised to Benefit From Global Warming
On the global scale, the Arctic warming could alter the Southeast Asian monsoon, possibly leading to up to 70 percent less rain in India and Southeast Asia during the summer monsoon season. According to Skiöld, the only reliable way of reversing or postponing the warming is to reduce emissions and change our lifestyle, which has a direct impact on the climate.

The report called "Snow, Water, Ice and Permafrost. Summary for Policy Makers" was produced by AMAP, a group working within the framework of the Arctic Council and featuring contributors from all the eight member states. Over 90 scientists collaborated on the report.