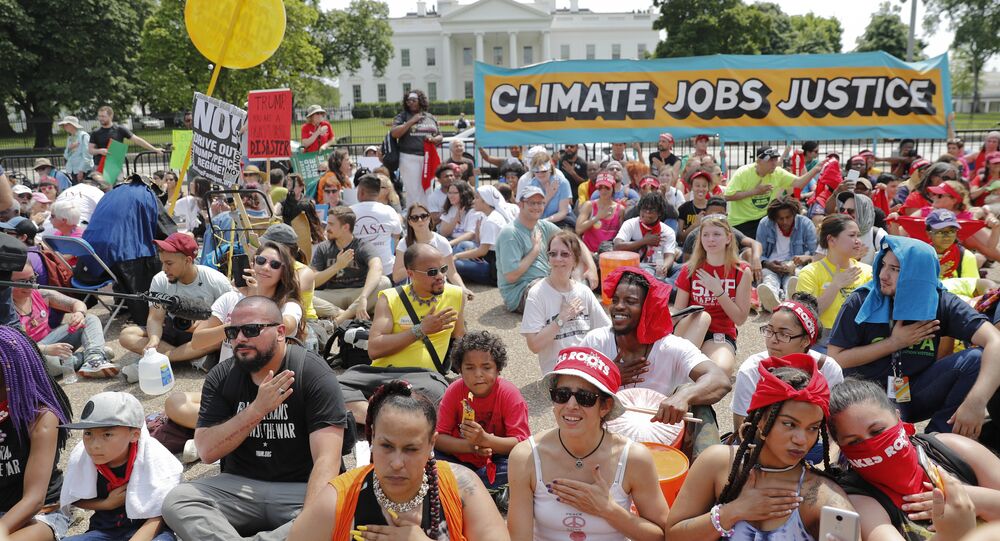 People’s Climate Marches are taking place in Washington, DC, and hundreds of other locations around the globe today, one more action in an ongoing series of responses to the environmental policies of US President Donald Trump.

© Photo : Pixabay
'Truly Uncharted Territory': Climate Change Surpasses Human Understanding
Coinciding with Trump's 100th day in office, the global event, an offshoot of the 2014 global climate change march — the largest in history — is centered around the march in Washington DC, where some 200,000 marchers have taken to the streets as temperatures hover in the mid-90s.

With luminaries including former US Vice President Al Gore, billionaire aerospace leader Richard Branson and Hollywood superstar Leonardo Dicaprio in attendance, the protests are seen as a continuation of the current increase in popular activism in the wake of Trump's election.

Including heavily attended events such as the Women's March in January and the March for Science last week — as well as multiple protests at airports to fight the Trump administration's immigration travel ban — the level of popular activism in response to the policies of Trump's administration is unusual, and perhaps unprecedented.

In what is considered to be the most divisive US presidency in modern times, Trump's administration in just its first 100 days has quickly rolled back newly implemented Environmental Protection Agency regulations regarding the use of fossil fuels, including coal, and introduced sweeping budget cuts. Trump also approved the hotly-disputed Keystone XL pipeline, which the administration of US President Barack Obama had formerly blocked.

"Trump is undoing everything Obama did. He doesn't realize climate change impacts everyone. It impacts him. Change is inevitable, and only we can solve it — the impact is just changing the way we live," said a marcher, according to CNN.

Although official tallies are not currently available, police put the number in the hundreds of thousands in Washington, DC, and in cities across the globe, tens of thousands more are said to be participating.