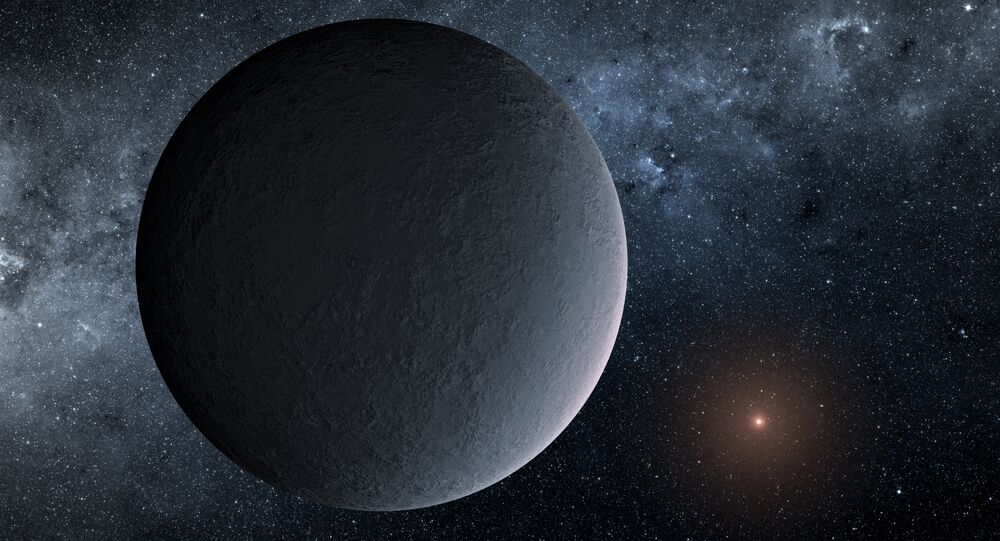 Scientists have used the microlensing technique to discover a planet with a similar mass to Earth, orbiting an ultracool dwarf star nearly 13,000 light-years away.

© NASA . W. Stenzel
Search for Aliens 'On Verge of Most Profound Discovery Ever,' NASA Tells US Congress
Scientists have identified a planet the same size as Earth in the galactic disk of the Milky Way, which orbits an ultracool dwarf star nearly 13,000 light-years away.

The planet is called OGLE-2016-BLG-1195Lb and was identified after analysis of data from NASA's Spitzer Space Telescope and the ground-based Korea Microlensing Telescope Network (KMTNet).

"This 'iceball' planet is the lowest-mass planet ever found through microlensing," said NASA scientist Yossi Shvartzvald, lead author of a study published in the Astrophysical Journal Letters.

OGLE-2016-BLG-1195Lb orbits a body so small that scientists think it could be a brown dwarf, an object too large to be called a planet but too small to be a star. Brown dwarfs re sometimes called "failed stars" because they are too small to sustain the nuclear fusion of hydrogen like regular stars.

The "microlensing" technique works thanks to an astronomical effect predicted by Einstein's General Theory of Relativity.

Because a star's light rays are bent by gravity, when the light from a distant star passes close to a massive object such as another star, the second star acts as a lens to bend and focus the light.

© CC0
Milky Way Galaxy
When a star crosses precisely in front of a bright background star, this focusing of the light from the distant star makes it brighter and easier to see for observers from Earth.

If the second, lensing star has a planet orbiting it, this exoplanet can also be detected by microlensing. If the planet is positioned close enough to the second star so that it crosses one of the two light streams that emanate from the first star, its gravity distorts the light and gives an extra, temporary brightness to the image of the background star.

© AP Photo / Hubble Heritage
Now You See It, Now You Don’t: Doubts Raised Over Existence of ‘Planet Nine’
The technique allows scientists to find more distant stars and planets close to the center of the galaxy. It is the most sensitive method currently available for finding low-mass planets that orbit in moderate to large distances from their star.

Although scientists can sometimes observe lensing stars more than once, planets fleetingly discovered by microlensing are unlikely to be observed again by this method since the light-bending events that revealed the planet's existence are unique.

The scientists who found OGLE-2016-BLG-1195Lb say that the new planet is the third time a planet with a mass similar to that of Earth has been discovered orbiting an ultracool dwarf, which suggests that protoplanetary disks around ultracool dwarfs have sufficient mass to form terrestrial planets.