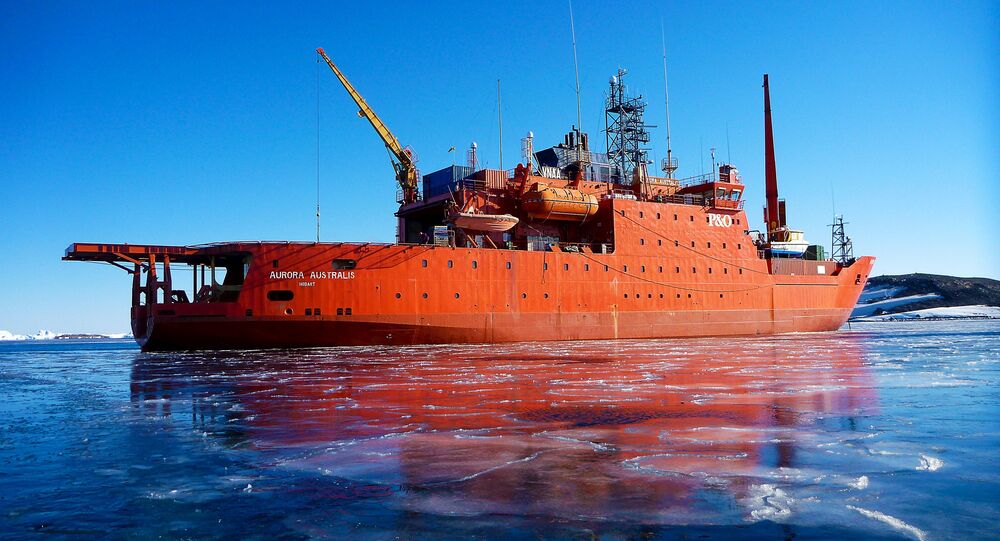 Researchers at Columbia University’s Earth Institute have discovered that the melting of the Antarctic ice is happening at a much faster rate than previously believed.

The researchers, who published in the journal Nature, found enormous amounts of meltwater in places where they didn't expect it, including a 400-foot-wide waterfall on the Nansen ice shelf.

Previously, meltwater was believed to have been confined to the northernmost reaches of Antarctica, the parts that are warming the fastest. The extensiveness of the ice melting could cause sea levels to raise much faster than previously projected, particularly as they increase the likelihood of chunks of the ice shelf breaking off entirely.

"This is not in the future – this is widespread now, and has been for decades," said lead author Jonathan Kingslake, a glaciologist at Columbia University's Lamont-Doherty Earth Observatory. "I think most polar scientists have considered water moving across the surface of Antarctica to be extremely rare. But we found a lot of it, over very large areas."

Melt streams were discovered in Antarctica during the early 20th century, and since then a network of 700 seasonal systems of ponds, channels, and streams have been discovered. "Now, looking forward, it will be really important to work out how these systems will change in response to warming, and how this will affect the ice sheets."

"This study tells us there's already a lot more melting going on than we thought," said coauthor Robin Bell, also with Lamont-Doherty. "When you turn up the temperature, it's only going to increase."

Meltwater typically refreezes in the winter, meaning that the ice shelf should remain stable for the moment. However, this isn't expected to continue forever — if too much of the ice melts, the land-bound glaciers will be allowed to escape into the ocean.

For instance, the Larsen Ice Shelf has lost two large pieces into the ocean as a result of warming, with a third on the verge of cracking off.