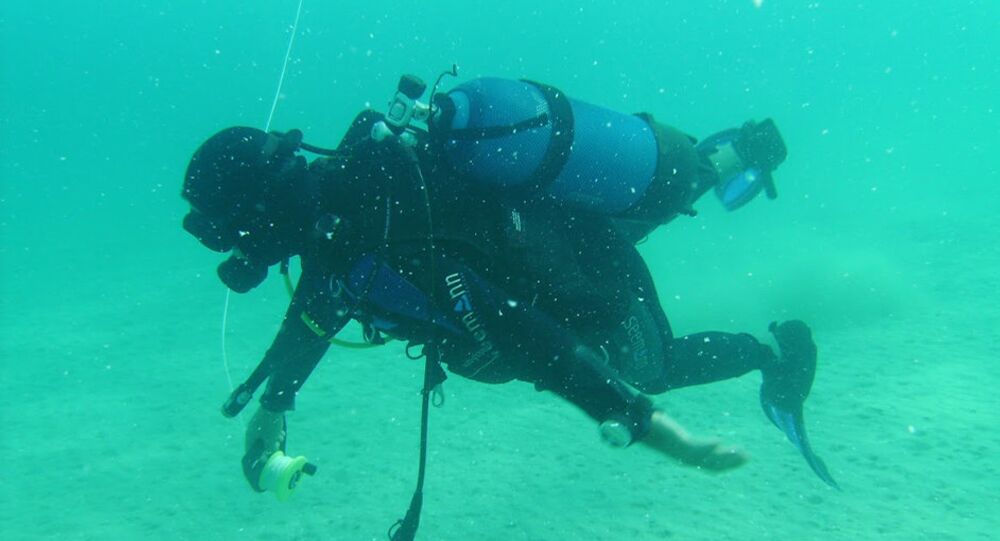 Life always seems to find a way-- even below the Earth’s surface. Evidence of life has been found 13 miles beneath sea level, pushed into the Mariana Trench by hydrothermal vents.

The international team of researchers has found what they believe to be evidence of life along the bottom of the Trench. They have recovered numerous samples of serpentine, a mineral that often marks the presence of life along the sea floor. The serpentine also contained trace amounts of organic matter that is highly reminiscent of the microbes that live in less extreme conditions.

Serpentine is formed when olivine, a mineral abundant in Earth's mantle, meets water. This causes a reaction that also results in the production of methane and hydrogen gas-- common food sources for microbes.

"Given the difficulty of obtaining samples from the deep earth, there have not been many opportunities to explore how microbial life can be supported in the absence of photosynthesis," said Dr Ivan Savov with the University of Leeds, who contributed to the research, in a statement. "The mantle rocks we studied give us a link between the deep carbon cycle and the surface world."

The researchers, led by Oliver Plümper with Utrecht University in the Netherlands, believe that tectonic plate movement around the Mariana moved some water beneath the Earth's surface, where it combined with the olivine. The olivine was then ejected back to the surface by hydrothermal vents, which is where the researchers recovered it.

The data was gathered through the use of Remotely Operated Vehicles (ROVs), underwater drones that have been used to extensively to explore the Trench since the technology became more viable in the last decade or so. The serpentine was ejected from the South Chamorro Seamount, a mud volcano which is known to have lifeforms such as mussels and tubeworms living around its summit.

Plümper's team, which published in Proceedings of the National Academy of Sciences, admit that their findings are not decisive evidence of life in Earth's mantle. This is another hint at a great, deep biosphere on our planet," Plumper told National Geographic. "It could be huge or very small, but there is definitely something going on that we don't understand yet."

However, teams of ocean scientists around the world have been racing to be the first to discover decisive evidence of life beneath Earth's surface. In February 2016, a team of researchers studied serpentine along the bottom of the Atlantic, also finding hydrogen and methane gas markers on the samples.

Who Lives in a Pineapple Under the Sea? Mariana Trench Reveals Secrets