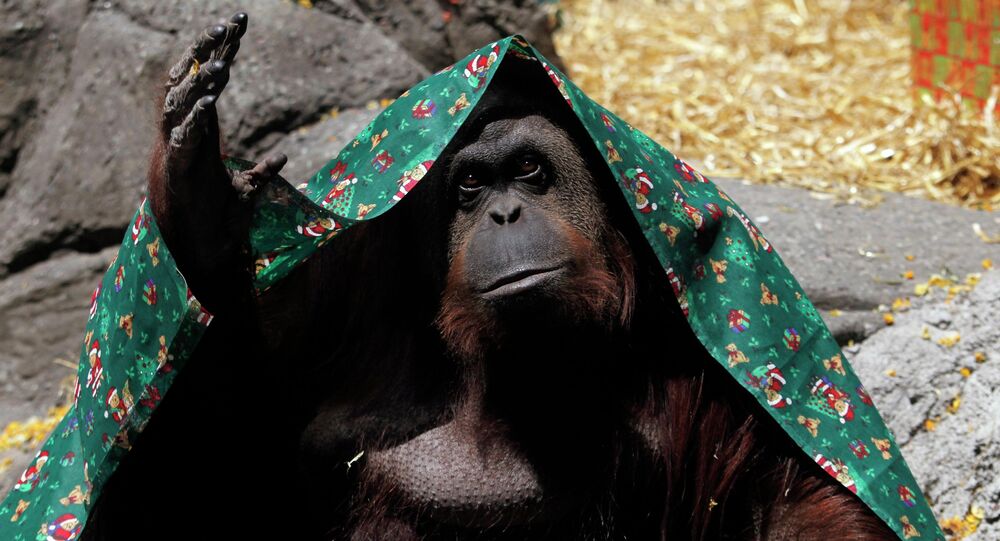 Great apes may be able to understand when humans are wrong, report anthropologists from the Max Planck Institute for Evolutionary Anthropology. This is a measure of intelligence previously believed to beyond the scope of animals such as chimpanzees, orangutans and bonobo chimps.

The Max Planck study tested 34 apes by placing them in a room with two boxes. One person would enter the room and place an object in one of the boxes. A second person would then enter and switch the object to the other box. The first person would start looking for the object in the place they left it, finding nothing.

The apes, which observed this chain of events, were typically able to assist the human in locating the object beneath the other box. "This study shows for the first time that great apes can use an understanding of false beliefs to help others appropriately," said David Buttelmann, the lead author of the study.

Researchers performed two variations of the study: one where the first person stayed in the room and observed the object being moved and another where the first person left the room and did not observe it. The latter section was called the "false-belief" portion, and the researchers found the apes were 53 percent more likely to help in that stage.

Buttelmann's team claim this is evidence that apes are able to understand the intentions of others, which is called "belief understanding." It was previously believed that apes' inability to do this was the primary difference between their brains and the brains of humans.

The experiment was originally designed for 18-month-old human infants, who demonstrated a similar success rate as the apes.

Although the study challenges previous research on great ape intelligence, it cautions that it has yet to find anything definitive. More research is required. "Apes are able to use this understanding in their social interactions," the study reads.

"If supported by further research, the apparent difference between great ape and human social cognition would thus lie not in their basic capacity to 'read' other minds, but elsewhere."

"For the last 30 or more years people thought that belief understanding is the key marker of humans and really differentiates us from other species – and this does not seem to be the case," said Buttelmann.

Other studies have shown that great apes can also understand the goals and desires of others. Great apes have also been observed burying their dead, can be taught to use a microwave and may even experience midlife crises.

Love Blossoms for Orangutan Couple Who Hooked Up Via Video Dating