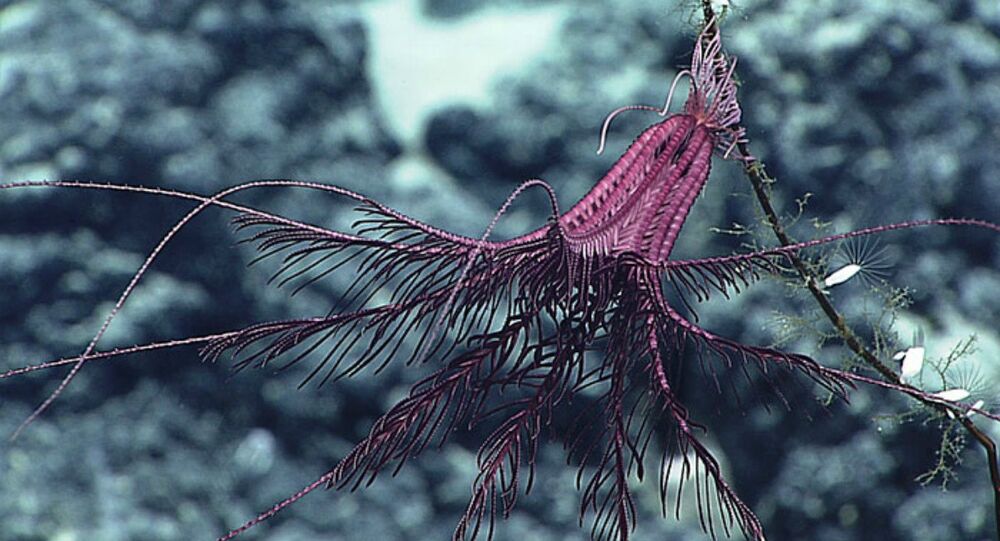 As global warming kills off coral reefs around the world, South China Sea reefs are no exception, according to a new study.

© Flickr / WorldFish
Largest Coral Reef in Northern Hemisphere Almost Dead, Global Warming Blamed
Coral reefs, those spectacular brightly colored sea forests that have become the trademark of exotic seas, are dying off at an astonishing rate, mostly thanks to the cumulative effect of several climate change factors. Sputnik has reported catastrophic die-offs at Sekiseishoko, the largest coral in the Northern Hemisphere, and on Australia's Great Barrier Reef. Scientists are now sounding an alarm for South China Sea reefs, too.

According to a study by the Woods Hole Oceanographic Institution, about 40 percent of coral in the Sea have already been bleached.

"Dongsha Atoll is typically hit with tropical storms and strong winds in June, which keep the corals as cool as the open ocean," Tom DeCarlo, lead author of the study, said in a media release last week.

"But in 2015, the weather in June was exceptionally calm — at one point, there was basically no wind and no waves. That had an amplifying effect on the water temperatures, which were already feeling the heat from global warming and El Nino. The whole reef became a giant swimming pool that just sat there and baked in the sun."

© AP Photo / Kike Calvo
Coral Bleaching Could Finish Off Great Barrier Reef
Coral depends heavily on the temperature of the water in which it lives. Despite the fact that they live in warm seas, they can't tolerate  water that is too hot: even the slightest warming of the water causes the algae that corals depend on to die. Coral whose algae has died loses its magnificent colors and turns white, in a process known as "bleaching." If the coral remain without live algae for too long, they die themselves.

Military buildup by China and other nations in the region contributes to the die-off, too, according to the report, as the Chinese military uses reefs as foundations for military construction. According to media reports, China has taken over more than 3,000 acres of reef in the Sea since the start of 2014. This kind of activity has led to a 70 percent reduction in reef cover near the structures, the reports says.

"It's possible that coral reefs are in much more immediate danger than we have anticipated," Woods Hole scientist Anne Cohen said in the release. "When global and regional anomalies align, a seemingly mild two-degree warming could be more like six degrees."