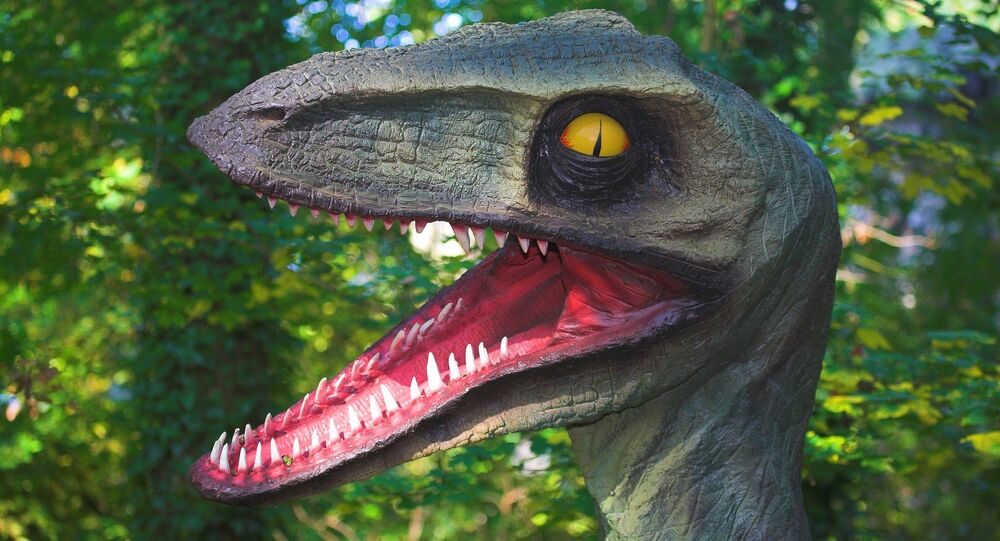 Scientists believe the classification of two major dinosaur groups has been wrong for over a century, a finding as seismic as discovering cats are actually dogs – just the latest breakthrough that has revolutionized human study and understanding of dinosaurs.

The paper, published by a team of researchers at the Natural History Museum, also suggests the location of the first dinosaurs might be incorrect, and points to a cat-sized fossil in Scotland, previously believed to be unimportant, as evidence.

"This is a textbook changer — if it continues to pan out. It's only one analysis, but it's a thorough one,"commented  paleontologist Thomas Holtz from University of Maryland.

Currently, the dinosaur evolutionary tree divides dinosaurs up into two groups — Ornithischia and Saurischia. Dino species are placed into one of these groups depending on their hip bone structure — if their hips were bird-like, they're ornithischian, if their hips were lizard-like — saurischian.

Dinosaur family tree gets a shake up; T. Rex & pals on the move in rethink of dino evolution; https://t.co/1WWropJcQ8 pic.twitter.com/5TGXn58gmR

The bird-like Ornithischia group includes relatives of Stegosaurus and Triceratops, whereas theropods such as Tyrannosaurus rex, sauropods such as Diplodocus, and the carnivorous Herrerasauridae all fell within the lizard-hipped Saurischia group.

The paper says this may not be the case after all, based on analysis of 457 anatomical features from 74 dinosaur species across both groups. The team's hypothesis is theropod beasts may have been erroneously classified, citing a number of similarities between the theropods and the Ornithischia group. The analysis indicates the theropods and the Ornithischias share 21 anatomical traits, such as a distinctively ridged jaw, and a unique bone fusion in their feet.

Despite the paper's seismic implications for the study of dinosaurs, the team is quick to reassure their peers and the public that the vast majority of information already collated on dinosaurs — how the beasts breathed, moved, reproduced, grew up, and socialized — will remain unchanged. Nonetheless, the conclusions do demand that most basic structures of the entire dinosaur family tree, used as the backbone of research into the creatures for over a century, are reassessed — and potentially rewritten.

Moreover, prior to the study, researchers had dated the emergence of dinosaurs to the Triassic period, around 237 million years ago, on the Gondwana super-continent, an area that would later become the southern hemisphere. The redrawing of dinosaurs' family tree means a previously unimportant fossil from Scotland, Saltopus, could in fact be the common ancestor of all dinosaurs — dating their emergence at least five million years earlier than previously thought, and their place of origin in the modern day UK.

Which a controversial suggestion, the paper's hypothesis has already attracted a number of influential backers. In a Nature article accompanying the paper, paleontologist Kevin Padian of the University of California, Berkeley, said the study was "original…a provocative reassessment" of dinosaur origins and relationships. Paleobiologist Jakob Vinther, University of Bristol, says he conducted tests of his own to verify the findings, and achieved the same results.

If accepted into textbooks, the revised evolutionary tree would even necessitate the rewriting of the formal definition of dinosaurs, potentially removing long-necked herbivores, such as Brontosaurus and Diplodocus out of the dinosaur family tree.

Commenting on the prospect, lead researcher Timothy G. Baron said it was not his original intention to radically amend the dinosaurs' family tree to such a degree.

"I didn't want to make Dippy not a dinosaur. That would have created a lot of upset. I didn't want to be chased out of every conference I went to for the rest of my career," Baron is reported to have said.

Dippy the gigantic Diplodocus is currently getting ready for tour around the country and i… https://t.co/dLKuoCUf05 pic.twitter.com/FFLXFTzGUO

Dippy is the iconic skeleton that was displayed at the Natural History Museum for 112 years.

Jurassic Coop: Scientists Grow Chickens With Legs of a Dinosaur