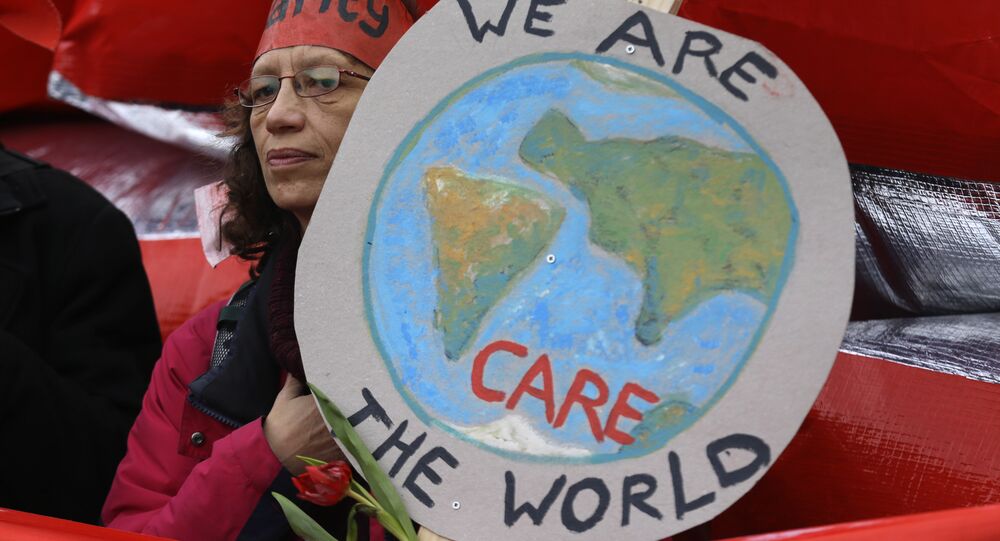 Following a 2016 marked by record temperatures and extreme weather events, the World Meteorological Organization (WMO) has issued a new report claiming that the inhabitants of Earth are entering “truly uncharted territory” of climatic instability.

The WMO report has reported that heat records were broken across the globe, sea levels are up, and polar ice is reaching new lows. The report claims that the Arctic "witnessed the polar equivalent of a heatwave."

"Even without a strong El Niño in 2017, we are seeing other remarkable changes across the planet that are challenging the limits of our understanding of the climate system," said World Climate Research Programme Director David Carlson in a news release.

February 2017 was an exceptionally warm month – the second warmest on record, according to the National Oceanic and Atmospheric Administration (NOAA), after February 2016. NOAA also reports that 11,743 warm temperature records were tied or broken in the US alone.

The WMO is owned and operated by the United Nations, and is preparing a report that will be presented at Climate Change and the Sustainable Development Agenda conference on March 23, World Meteorological Day.

Some have connected sociopolitical instability to the rising temperatures. "Earth is a planet in upheaval due to human-caused changes in the atmosphere," said Jeffrey Kargel, a glaciologist at the University of Arizona."In general, drastically changing conditions do not help civilization, which thrives on stability."

"With levels of carbon dioxide in the atmosphere consistently breaking new records, the influence of human activities on the climate system has become more and more evident," said WMO secretary-general Petteri Taalas. He has advised that "continued investment in climate research and observations… is vital if our scientific knowledge is to keep pace with the rapid rate of climate change."

"The WMO's statement on the 2016 climate leaves no room for doubt," said Phil Williamson, associate fellow at the University of East Anglia School of Environmental Sciences. "Human-driven climate change is now an empirically verifiable fact… those who dispute that link are not skeptics, but anti-science deniers."

Weather events of note in 2016 included extensive bleaching of the Great Barrier Reef; the tropical cyclone Hurricane Matthew that devastated Haiti; and dryness-induced wildfires in places like Tennessee, California and Chile.

Record 66% of US Democrats Worried About Global Warming