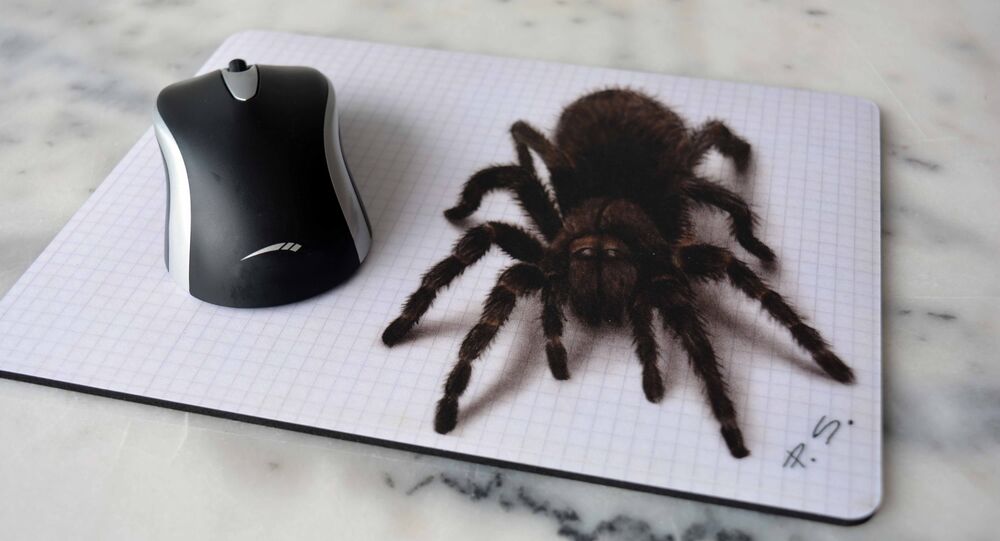 Arachnophobes may want to sit down for this one. A team of Swiss and Swedish zoologists have estimated that spiders kill and eat between 440 million and 880 million tons of prey annually, making them the world’s most voracious predators.

Comparatively, humans eat about 440 million tons of meat and fish a year, according to the United Nations Food and Agriculture Organisation – meaning our eight-legged friends likely have us beat when it comes to meat-eating. They even have whales beat, and they eat between 310 and 550 million tons of meat a year.

The study, which drew data from 65 previous studies, estimated that about 28 million tons of spiders live on this planet. That's a lot of spiders, and it means each spider eats an average of 15-30 pounds a year. For comparison, a typical housefly weighs about 1/30,000 of a pound.

© AFP 2020 / Dieter Nagl
Living on Locusts and Wild Honey: Swedes to Enjoy a Diet of Insects and Algae

The basis of the diets of most of the Earth's 45,000 spider species is insects, which the team claims make up 90% of all the biomass consumed. Some, like the 11-inch long Goliath birdeater, also consume creatures like toads, rodents and Sputnik readers.

Previously, it was difficult for researchers to estimate the ecological impact of spiders due to their often-reclusive natures. Many species are nocturnal or skilled in camouflage.

"Our calculations let us quantify for the first time on a global scale that spiders are major natural enemies of insects. In concert with other insectivorous animals such as ants and birds, they help to reduce the population densities of insects significantly," says study lead Martin Nyffeler from the University of Basel in Switzerland. "Spiders thus make an essential contribution to maintaining the ecological balance of nature."

"We hope that these estimates and their significant magnitude raise public awareness and increase the level of appreciation for the important global role of spiders in terrestrial food webs," adds Nyffeler.

So the next time you break out the newspaper to crush a spider who has made her web in your home, ask yourself this: Would you prefer to deal with one measly spider, or 500,000 houseflies?

Spiders From Your Nightmares