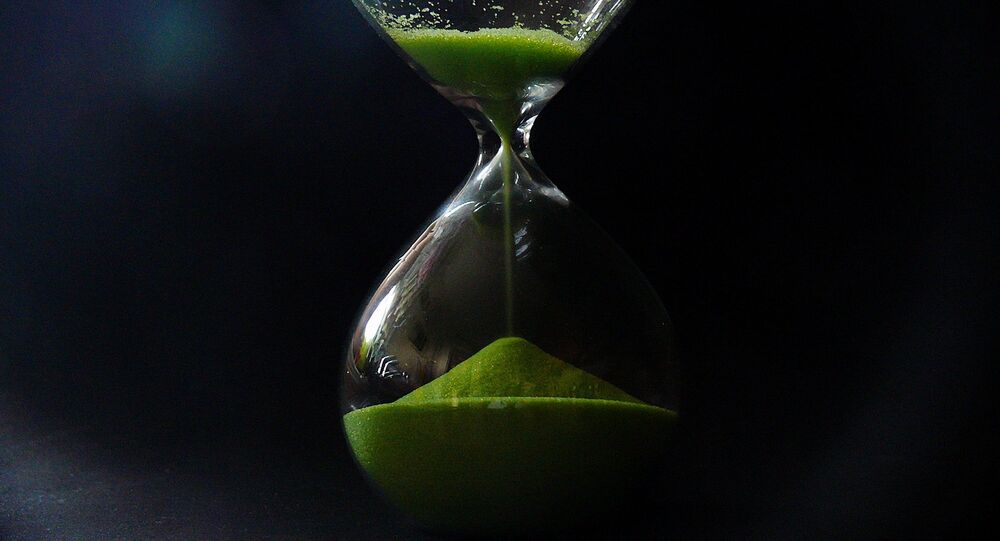 The recent discovery of time crystals, the first examples of a new phase of matter, may prove to be a fundamental discovery in physics with possible applications in clocks and quantum computers, theoretical physicist Frank Wilczek told Radio Sputnik.

Scientists have managed to create time crystals, a new state of matter that was first hypothesized by American theoretical physicist and Nobel laureate Frank Wilczek five years ago.

Ordinary crystals like salt or sugar are comprised of atoms arranged into repeating structural patterns in space.

They found that time crystals cannot exist in equilibrium, but it is possible to create them in non-equilibrium states. They are the first example of a new class of matter called non-equilibrium phases, in which the structure keeps oscillating, even without energy.

U.S. Army RDECOM
Scientists Create New Form of Matter: Solid and Superfluid at The Same Time
Professor Wilczek, who theorized their existence in 2012, told Radio Sputnik that time crystals probably represent a significant advance in the understanding of physics.

When he published his paper in 2012, many physicists denied the possibility that time crystals could exist.

"If you make too many restrictive assumptions, you can show that it's impossible and if you push it too far, for instance you could easily think that time crystals would also be perpetual motion machines. However, there are subtle distinctions and refinements of the idea that have taken place over these last several years that have led to a definition which is neither impossible nor trivial, but in the sweet spot of things that are barely possible and fundamentally new."

Wilczek said that it's still too early to tell how important the discovery is. It can be compared to the discovery of new territory, the size and significance of which we still don't know.

© Flickr / US Geological Survey
Siberian Scientists Invent Jumping, Color-Changing Crystals That Can Be Used in Space, Arctic
Scientists have proved the existence of simple time crystals and are now faced with the task of finding out how widespread time crystals are in nature.

"There's a whole landscape of possible time crystals, just as there are many species of ordinary crystals, in fact even more so. So, it's too early to tell exactly for what and how useful these materials will be."

The sensitivity and ordered nature of time crystals could be very useful in synchronizing delicate quantum clocks and computers.

"The only relatively concrete use I can see at the moment, which comes right out of their central property, is that eventually they can serve as useful clocks for quantum computers," Wilczek said.