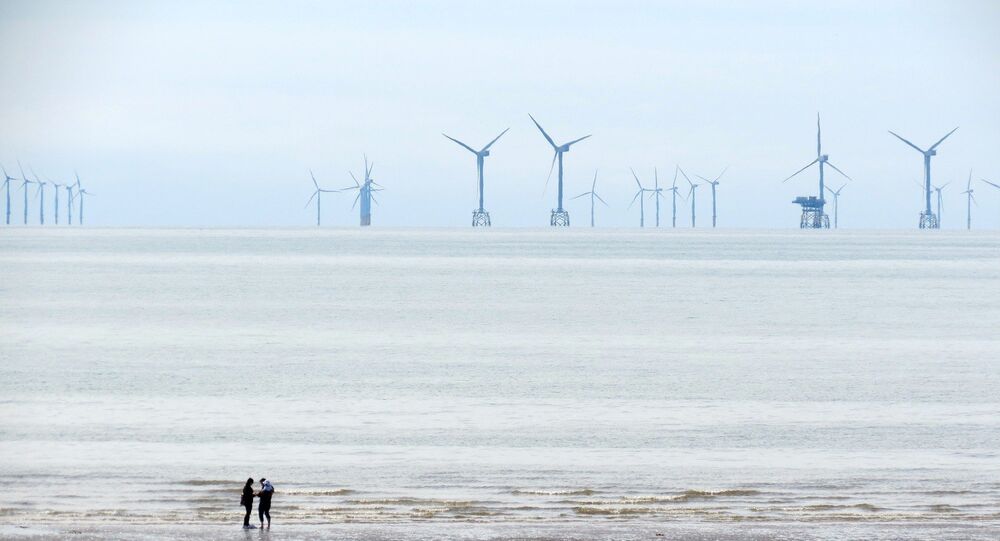 Denmark, which is regarded as one of the world's leading producers of wind energy, is together with Germany and the Netherlands cooking up an ambitious plan of building an artificial island in the North Sea and turn it into an enormous wind farm, capable of providing millions of Europeans with green energy.

© Flickr / News Oresund
Nordic Windmills Get Second Wind From Devastating Hurricane
The future island, which will be about six square kilometers in size and include a harbor and a landing strip for aircraft, will be located on Dogger Bank, which is a large windy bank situated on a North Sea shoal about 100 kilometers off the United Kingdom's east coast, Danish trade newspaper Ingeniøren reported.

According to preliminary expectations, the yet unnamed island may host up to 7,000 wind turbines and provide energy to up to 80 million Europeans, which is about the population of Germany, the largest participant in terms of population size. National energy companies from the three nations involved are expected to sign an agreement to look further into collaboration opportunities on March 23.

Torben Glar Nielsen, the technical director of Denmark's national energy provider Energinet, admitted that the idea may sound "a little crazy" and "science-fiction-like," yet at the same time stressed his fellow energy providers' environmental responsibility together with the quest of making energy prices fall continually. According to him, this involves innovative big-scale solutions, which is why an energy hub in the North Sea seems to be an attractive idea.

​The cost of erecting a stone-and-sand island at Dogger Bank alone is expected to exceed 12 billion DKK ($1.7bln). The costly investments, however, are expected to be outweighed by the future economic benefits that the mammoth wind park offers. In particular, the prospect of linking wind farms from several nations makes it cheaper to move the generated energy and avoid the use of long cables, as well as minimize the operational and upkeep costs. Additionally, maintenance material and manpower may be stored directly on the future island, which further saves expenditure.

In the 1970s, Denmark became a pioneer in developing commercial wind power. Today, wind power produces the equivalent of over 42 percent of the country's total energy consumption, and its percentage is rising steadily. Offshore wind farms with their gigantic propellers have become part of the Danish seascape in the Baltic sea.

In February 2017, Denmark led the world in green energy usage, scoring 94 out of 100 on the Regulatory Indicators for Sustainable Energy (RISE) Index. The same month, Denmark generated enough energy with its wind turbines to power the entire country for a day.

Denmark is also known for its proficiency in building artificial islands. Apart from several man-made islands in Copenhagen Harbor, Denmark's most well-known feat is the Peberholmen Island in the Øresund strait, created as part of the Øresund Bridge lining Denmark and Sweden.