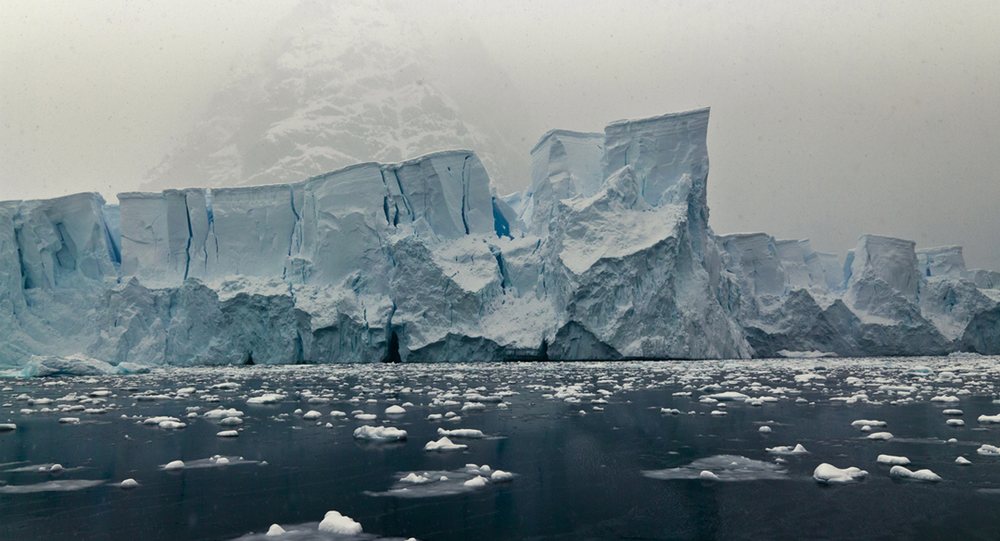 Rising temperatures in the waters surrounding Antarctica have caused an enormous chunk of ice the size of Manhattan to break away, according to experts.

Satellite imagery from January shows a huge section of the Pine Island Glacier separating from the continent. Areas of Antarctic ice have scores of cracks, according to National Geographic, indicating that glacial calving may continue or increase.

NASA Earth Observatory
Pine Island Glacier
NASA Earth Observatory
Pine Island Glacier Break
The break "is the equivalent of an "aftershock'" in the wake of a July 2015 calving event, Ohio State University glaciologist Ian Howat told NASA. While the last ice break-off was approximately 225 square miles, the most recent chunk is smaller, about the size of the island of Manhattan.

“Such ‘rapid fire’ calving does appear to be unusual for this glacier,” according to Howat. Nevertheless, the incident “fits into the larger picture of basal crevasses in the center of the ice shelf being eroded by warm ocean water, causing the ice shelf to break from the inside out,” he said.

The surface area of the ice has hit an all-time low of 872,204 square miles, according to the US National Snow and Ice Data Center.

The Pine Island Glacier is "retreating and thinning," according to Simon Gascoin, of France’s National Center for Scientific Research. Waters below the Pine Island Glacier have gotten about 1 degree fahrenheit warmer over the past 27 years, Climate Central reports. "The recent rifting and calving could totally be evidence of an ongoing, rapid disintegration of the ice shelf, mostly due to ocean warming," Gascoin said.