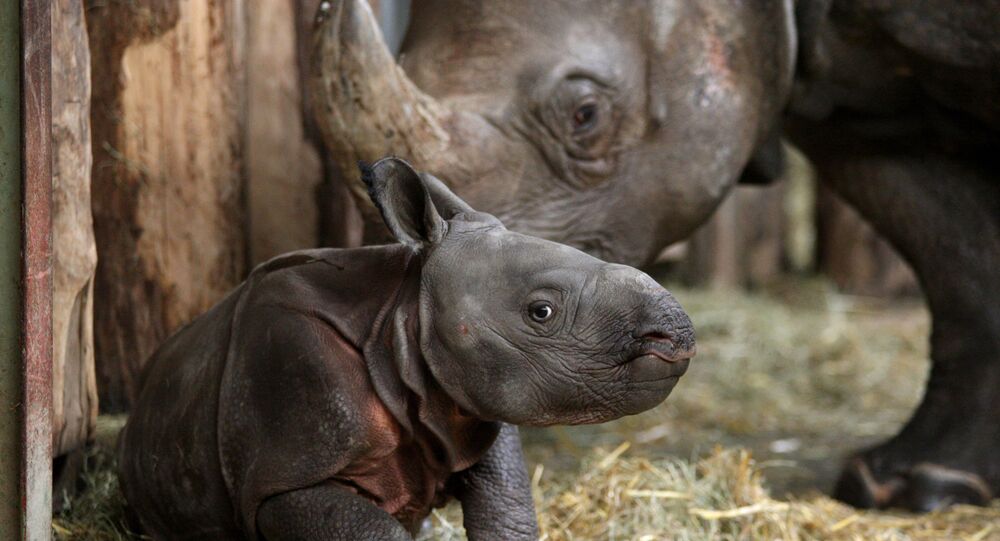 Come to Kazaringa National Park in India to enjoy the stunning and rare great one-horned rhinoceros- but if you want to poach them for their valuable horns, you may want to think twice. This is because the guards have been ordered to shoot with lethal intent at poachers, and have killed 50 of them in the last three years.

In 2014, park guards were instructed to shoot at suspected poachers. Poachers here is defined by anyone non-park personnel found in the park at night. 22 poachers were shot dead that year, as many as were killed between 2007-2013.

In 2015, the number killed grew to 23- the first year that the number of poachers killed exceeded the number of rhinos killed. It then plummeted to five in 2016, which park officials claim is because their lethal measure has successfully frightened would-be hunters away.

Dr Satyendra Singh, the park director, claims the "shoot on sight" label assigned to the park by the media is inaccurate. "First we warn them — who are you? But if they resort to firing we have to kill them. First we try to arrest them, so that we get the information, what are the linkages, who are others in the gang?"

But the park is in the middle of a densely populated area, with dozens of villages surrounding it. Reports have come from some of those villages claiming that innocent locals were killed by the guards.

A local man, Kachu Kealing, told the BBC that his son Goanburah was searching for the family's lost cows when he strayed into the park at night. With no fences or signs around most of its perimeter, he did not know he had entered no-man's-land. Kachu claims the park guards shot his son dead.

Another local, seven-year-old Akash Orang, lost much of his ability to walk when a guard shot him in the leg in 2016. The park admitted their mistake and paid for Orang's medical expenses.

Kaziranga National Park in Assam State is the home to over 2,400 of the great one-horned rhinoceroses- more than two-thirds of the world population. Weighing as much as four tonnes (8,800 lb,) one-horned rhinos are the largest rhinoceros species in the world and the third largest land animal after the African and Asian elephants.

One-horned rhinos are frequently targeted by poachers, as their horns are used for medicine and luxury items. In 2012, a kilogram of powdered rhinoceros horn could sell for as much as $60,000. That same year, the global price for a kilogram of gold peaked at $57,600.

567 rhinoceroses were poached in Kaziranga between 1980 and 2005. Politicians demanded action after another 27 rhinos were killed in 2013, and this led to the more aggressive enforcement.

Kaziranga Park is one of Assam&'s biggest tourist attraction, bringing in about 170,000 visitors a year. Critics of the park&'s violent policy claim that the measure ignores the rule of law and the rights of the natives in favor of protecting a valuable tourist attraction. Proponents claim that extreme measures are necessary to protect a vulnerable species.

The Indian government seems happy with the results of their policy, as they announced a massive expansion of their national parks program, including an intent to implement Kaziranga's policies nationwide.