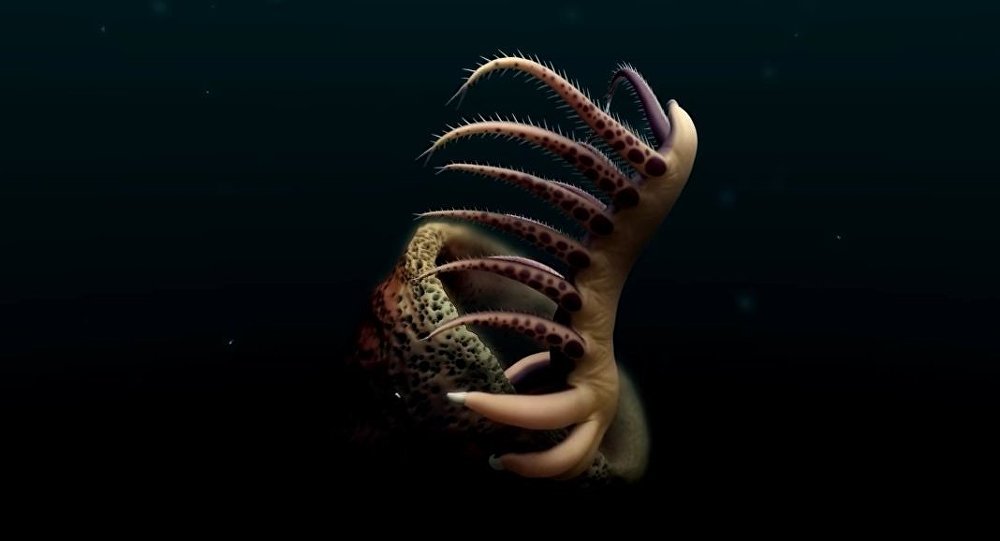 Canadian scientists deserved a round of applause as they recreated the peculiar appearance of a recently discovered ancient species of sea creature with hairy arms and claws on its legs.

© Photo : Daan Verhoeven
Forgotten Realms: Geologists Discover Lost Continent Off African Coast
A new worm-like animal was discovered by scientists in fossils of the Cambrian period (541 to 485 million years ago) found in the Burgess Shale in the Canadian Rocky Mountains.

The creature with nine pairs of limbs was about the size of an adult human's thumb and had an unusual appearance. Three pairs of its "legs" had super strong claws, which helped the creature to anchor itself on hard surfaces of the sea bed, so that it could stand vertically.

© Photo : FarleyKatz
New Fossils: Scientists Find Dinosaur 'Meat' in China
On its two upper pairs of "hands," the worm had bristles that helped the animal sieve water and catch zooplankton. As seen in the video reconstruction of the animal's appearance, it looks like it is applauding, opening and closing its limbs to catch food. That is how the worm received its name, Ovatiovermis cribratus, which comes from Latin "ovatio" — an ovation, "vermis" — a worm and "cribrare" — to sift, to sieve.

According to the researchers, Ovatiovermis cribratus belongs to a group of organisms called Lobopodians — an extinct clade of small, segmented animals that are important to understand the evolution of arthropods (insects, spiders and others) and their relatives.

Humanity’s Earliest Ancestor: A Blob with a Giant Mouth and No Anus