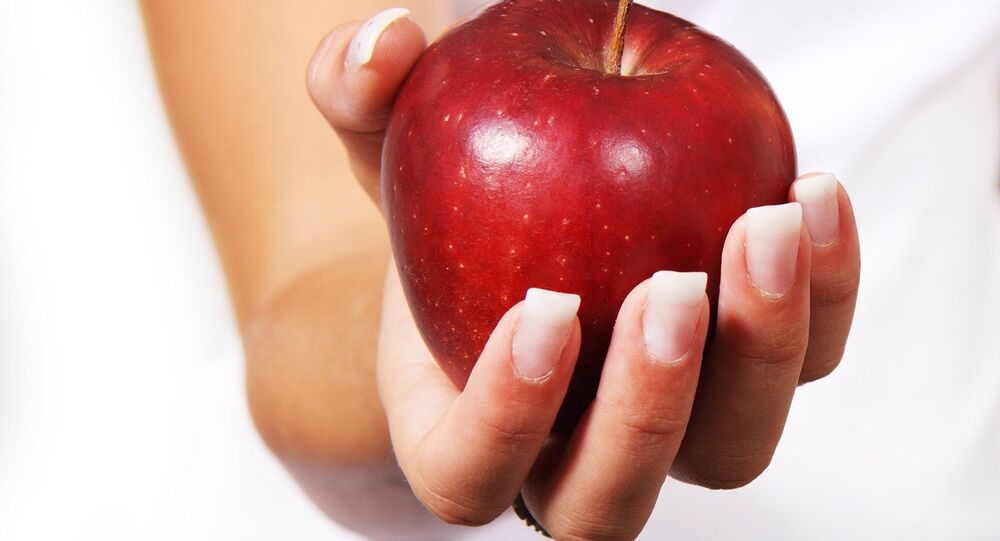 Genetically-modified apples will make their US debut in February 2017. The apples, altered to decompose more slowly, will be sold in a pilot program in ten grocery stores in the Midwest.

The apples are produced by a Canadian GMO company, Okanagan Specialty Fruits (OSF), in British Columbia. Their modified "Arctic Apples" will be sold in pre-sliced pouches and the packaging will not directly identify them as GMO fruit.

OSF president Neal Carter claimed that the packaging is in accordance with US laws regarding the labeling of genetically-altered foods. The only way consumers will know that they are buying a GMO product is if they scan a QR code on the packaging.

Carter does not believe that he is misleading consumers. "We are selling it under the Arctic brand and we've had a lot of press and attention, so I assume most people will know what it is," he told Capital Press.

His reasoning for hiding the nature of the fruit is that OSF does not want to "demonize the product by putting a big GMO sticker on it."

Anyone who has eaten an apple knows that the flesh of the fruit quickly turns brown after the apple is sliced, bitten into, or bruised. Contrary to popular belief, this has nothing to do with air turning the tissue brown and is instead caused by the release of a chemical called polyphenol oxidase (PPO), from one part of a cell.

The PPO creates brown-toned melanin which will eventually renders the apple mushy and unappetizing. Arctic Apples have had their cells modified to produce almost no PPO, meaning that the apple stays edible for longer.

The names of the retailers were not revealed by Carter, who said he wanted to leave the decision up to the stores. He did reveal that the pilot program would involve 500 40-pound boxes of apples.

Both the US Department of Agriculture and Health Canada approved the apples for sale in 2015, but it has taken OSF two additional years to bring them to market.

While most of scientific community considers GMOs to be safe, concerns and theories abound over genetically-modified crops. In a 2013 interview with the Canadian Broadcasting Corporation, Carter said GMO opponents "like to use the pseudoscience and great paranoia, and that is something that we battle every day."