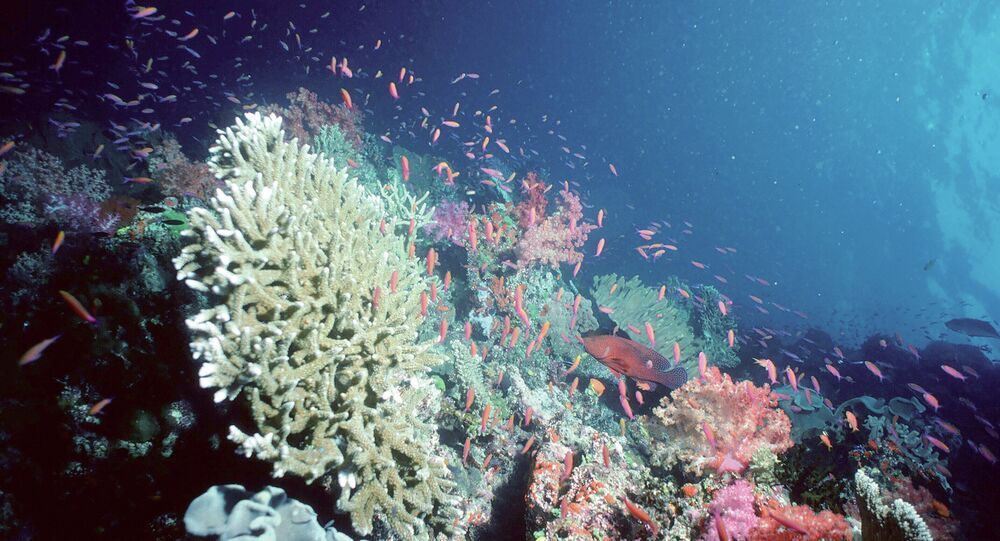 The Sekiseishoko coral reef, the largest reef both in Japan and in the Northern Hemisphere, is 70 percent percent dead, and soon could face total extinction due to global warming, according to Environment Ministry of Japan.

© Flickr / Mads Bødker
Scientists: Great Barrier Reef Suffers Largest Ever Coral Die-Off
Up to 70.1 percent of Japan's largest coral reef is dead due to bleaching caused by global warming, according to a Japanese Environment Ministry report based on an extensive study that examined conditions at 35 locations in a 20-by-15 kilometer area.

Bleaching is a process when coral's symbiont algae, crucial for the survival of the animals, dies. According to the ministry's Ishigaki Ranger Office in Okinawa, an inflow of red soil into the ocean as well as seawater contamination can cause bleaching but, according to research, the primary reason is global warming. Ocean temperatures in 2016 were about two degrees higher than normal, and this was enough for the algae to start dying. Scientist also point out that any sudden change of temperature, light and nutrients can contribute to bleaching.

Coral reefs with dead algae lose their magnificent colors and turn white, hence the name of the disease. If exposed to bleaching for a prolonged time, corals die of malnutrition, and reefs become covered with a dark brown algae.

© REUTERS / Francois Lenoir
Global Warming Threat Prompts Kerry to Stop Opposing Nuclear Power in US
According to the Ministry of Environment survey, 91.4 percent of the coral in the surveyed locations is at least partly bleached, and 70 percent of coral reefs in the area are now completely dead. In comparison, an earlier survey conducted between September and October 2016 determined that 97 percent of the coral underwent bleaching and 56 percent was dead. As temperatures fell in winter, some corals rebounded, but scientists remain unsure whether the reef can fully recover.

The process is not limited only to reefs in Okinawa. A meteorological phenomenon known as El Niño, resulting from sea-water temperature fluctuations, has contributed greatly to coral bleaching around the world. Extinction of corals endangers numerous species that rely on the reefs for food and shelter, eventually affecting the entire food chain, scientists warn.