In barren Arctic wastelands, the Inuit have adapted to severe cold thanks to a diet based on seafood. In this process, the Inuit were aided by genes stemming from an extinct human subspecies that populated Siberia about 40,000 years ago, which converted fat into body heat. 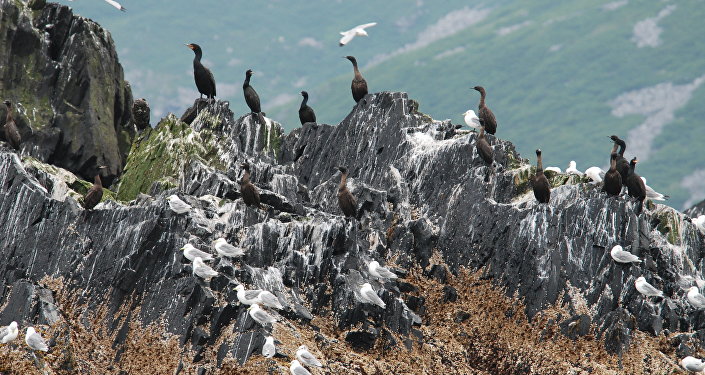 © Flickr / NOAA Photo Library
Eat This, Global Warming! Bird Poo to Repel Arctic Climate Change
The Inuit homeland stretches from Alaska to Greenland in the northern hemisphere, where winter temperatures can drop below 40 degrees, and the reason for the Inuit perseverance lies in the genes.

According to a recent study published by Molecular Biology and Evolution, the Inuit were found to possess TBX15, the very same gene that allowed Denisovans, a now extinct Siberian human subspecies, to survive the Ice Age. In the study, the genomic data from nearly 200 Greenlandic Inuit was compared to ancient hominid DNA stemming from Neanderthals and Denisovans.

The marked genetic similarities, which allow the body to increase heat generation from body fat, are deeply divergent from almost any other human population and are not found in people living in warmer climates. The Arctic's original inhabitants appear to have picked up the gene as they encountered Denisovans during migration.

​"Probably, this sequence was introduced in the human genome some 20,000 to 40,000 years ago and was favored by evolution," Rasmus Nielsen, a professor of unifying biology at the University of Berkeley in California, and one of the masterminds behind the study, told Swedish national broadcaster SVT.

Rasmus Nielsen is credited with mapping another gene that very frequently appears in the Inuit and enables them to benefit from omega-3 fats, which are largely found in fish and seafood. Both genes are active in skin and fat tissue and function in a distinctly different way from that of either Neanderthals or the average modern human.

© Sputnik / Valeria Yarmolenko
Mercury is Falling: Arctic Quicksilver Huge Environmental Threat
The Denisovans are an extinct species of human that appear to have lived in Siberia and further southwards in parts of Asia. Although a finger bone and several teeth are the only remains unearthed from the Denisova Cave in the Altai Mountains in Siberia, DNA analysis suggests they were widespread and covered a vast range, since genetic traces of these early humans are still found in modern Asians.

The Denisovans are believed to be related to the Neanderthals who lived in western Asia and Europe around the same time. The two species appear to have separated from a common ancestor around 200,000 years ago and formed an evolutionary "dead-end." While both Neanderthals and Denisovans originated in Africa, they had developed some invaluable adaptations during hundreds of thousands of years spent in Eurasia. Previous research strongly suggests that Denisovan heritage to humanity includes a boosted immune system as well as the gene that allows Tibetans to function at high altitudes.

The Inuit are a group of culturally similar indigenous peoples inhabiting the Arctic regions of Greenland, Canada, Alaska and Russia's Far East and number about 135,000.

​​Never miss a story again — sign up to our Telegram channel and we'll keep you up to speed!