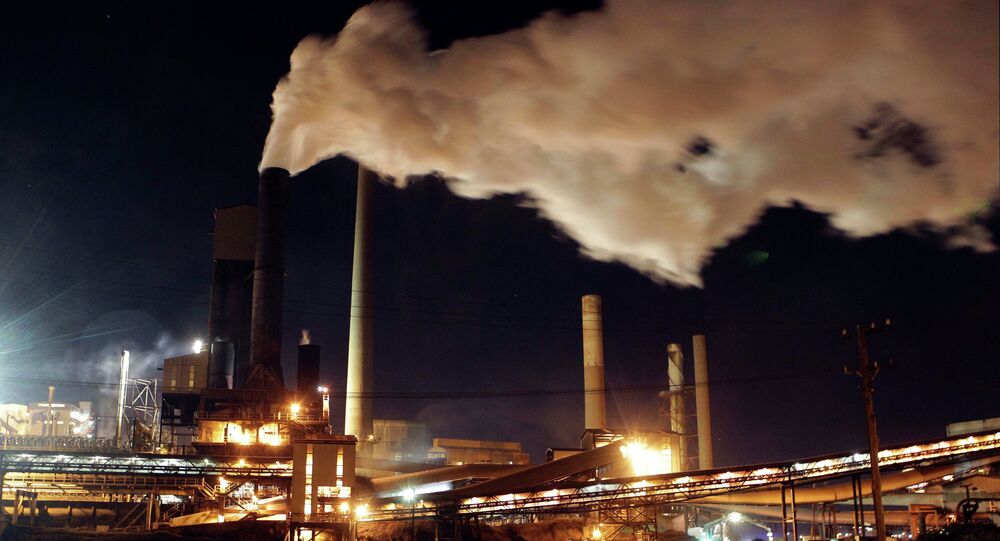 Despite the 0.8-percent increase in harmful greenhouse gas emissions in Australia this year, the nation will reach its Paris agreement emissions goal for 2030, a report by Australia's Department of the Environment and Energy said Thursday.

Moscow (Sputnik) — The deal aims to limit global average temperatures to less than 2 degrees Celsius above pre-industrial level, with parties to the deal agreeing to cut their emissions in accordance with the proposed plan.

"Australia is on track to over-achieve on its 2020 target by 224 million tonnes of carbon dioxide equivalent (Mt CO2-e), inclusive of carryover, or 97 Mt CO2-e without carryover. This is larger than the April 2016 projections update, which estimated Australia would surpass its 2020 target by 78 Mt CO2-e," the report said.

The energy department noted that these positive figures through 2020 would be due to projected closure of a major power plant, lower-than-anticipated emission from land clearing, and increased energy efficiency.

© AFP 2021 / ALAIN JOCARD
Paris Climate Deal Irreversible - Hollande
However, the energy department noted that Australia will also face the challenges through the year 2030. It predicted that the key drivers of emissions would be increased electricity demand linked to rising economic activity, increases in transport activity as a result of population growth, and increased herd numbers due to international demand.

Climate change has become a priority for many countries. On November 4, the Paris Agreement on climate change was ratified by 111 countries and came into force.