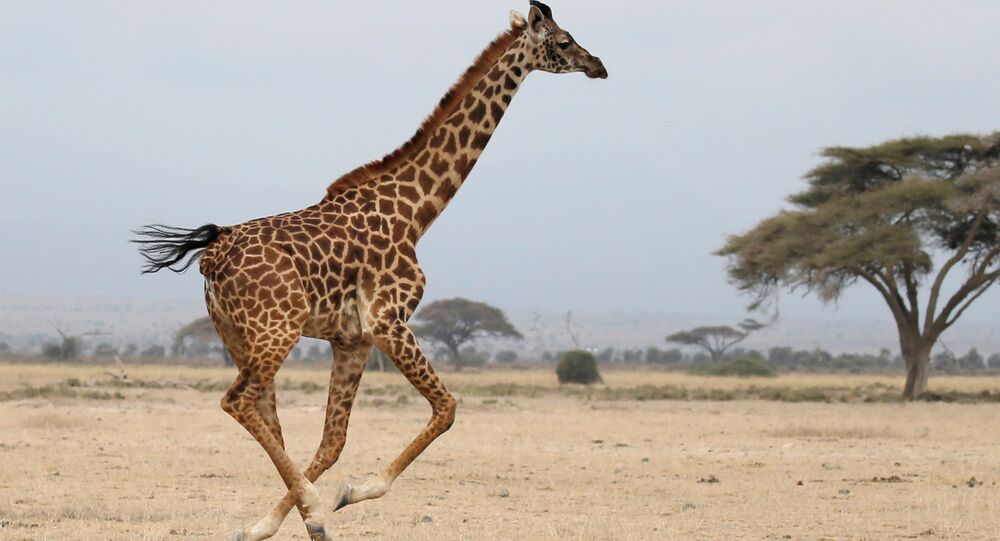 Survival is a Tall Order for Giraffes Facing 'Silent Extinction'

The tallest land animal, the giraffe, is now at risk of extinction according to a conservationist. The giraffe population has shrunk to nearly 40 percent in just 30 years and the situation is getting worse.

© Flickr / Ryan Poplin
Going, Going, Gone: Africa’s Elephants Killed Off at Shocking Rate
Scientists have now had to place giraffes on the endangered species list worldwide. In 1985, there were between 151,000 and 163,000 giraffes but in 2015 the number was down to 97,562, according to the International Union for the Conservation of Nature (IUCN). The conservationists and the hunters need to start looking at the various ways in which giraffes can be helped.

​While the focus has been on elephants, the irony according to Julian Fennessy, co-director of the Giraffe Conservation Foundation, is that there are four times more large mammals such as elephants and rhinos in the world than giraffes. Fennessy described it as the "silent extinction."

Today the International Union for the Conservation of Nature announced that the #Giraffe i… https://t.co/p985hHUi77 pic.twitter.com/QG2dG9ytla

​"Everyone assumes giraffes are everywhere," said Fennessy, co-director of the Giraffe Conservation Foundation.

Fennessy blames the shrinking living space, which has been worsened by poachers, as well as disease. People are moving into an area where the giraffes live, which has led to fragmented giraffe populations, making them shrink in size, with wild giraffes gone from seven countries, including Burkina Faso, Eritrea, Guinea, Malawi, Mauritania, Nigeria and Senegal, said Kumpel of the Zoological Society of London.

When you adopt our giraffe family, you'll also be helping to protect giraffes in the wild.

​"The Giraffe now joins the list of iconic wild animals threatened as a result of human activities. How many more must be pushed to the brink before we start taking responsibility and investing in our natural heritage for the sake of all wildlife and future generations?" Will Travers OBE, President and CEO of international wildlife charity, Born Free Foundation, said in an official statement.

Born Free is currently supporting the conservation of the West African or Niger Giraffe. Numbered in the hundreds, this sub-species has been slowly recovering but is by no means secure.

Elephant Rushes to Save a 'Drowning' Man

No, This Isn't What You Think, It's a Family of Giraffes