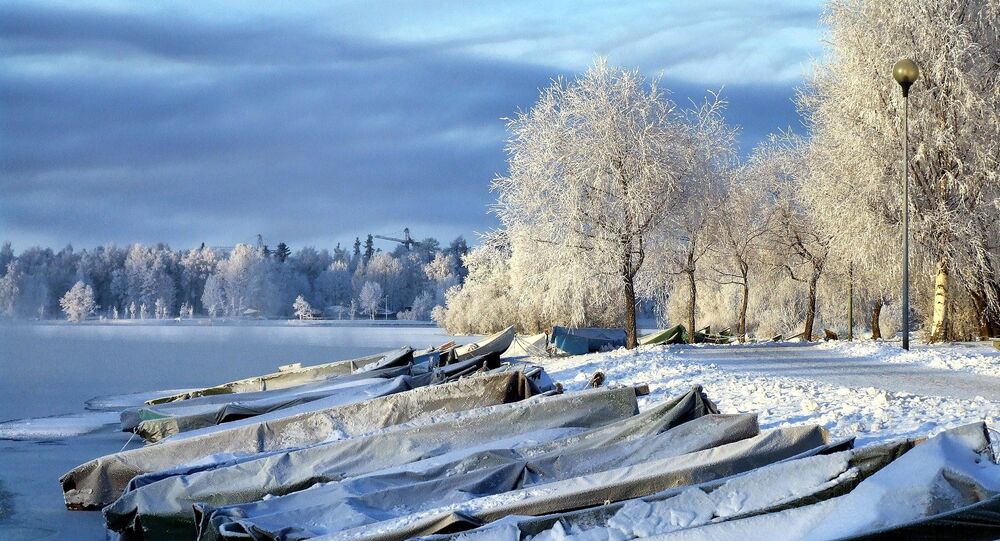 Finland has announced plans to reduce its dependence on imported fossil fuels by half and ban the use of coal in electricity production completely by 2030. Although obviously hard to accomplish, this measure is expected to make Finland the first developed country to ban coal-produced energy.

© Flickr / Kim Ahlström
Burning Fat for a Better World: Finns to Convert Grease Waste Into Diesel Fuel
The measures planned are part of the large-scale scheme to reduce oil imports and make a dramatic reduction in emissions possible.

"We are making a decisive step towards more environment-friendly energy systems in Finland," Foreign Trade and Development Minister Kai Mykkänen told Finnish broadcaster Yle. "A shift was needed in our ideas about what energy sources should be used and how our transport and energy systems should be structured," he added.

Both of these far-reaching measures pave the way for gigantic investments in renewable energy sources. Reducing oil imports will also require significant changes in the entire transport system. The strategy envisages that by 2030 at least 250,000 electric cars will be rolling on Finnish roads, which is about a tenth of the Nordic country's overall car fleet. To simply encourage people to change to eco-friendly cars, the Finnish authorities plan to allocate €100 million ($107mln) for the first 25,000 buyers of e-cars. For the sake of comparison, Finland's neighbor state Norway has invested €585 million ($620mln) over 20 years to make electric cars more attractive. Additionally, Finns are expected to cycle and walk 30 percent more to help their government become more environment-friendly.

© Flickr / Artūrs Gedvillo
EU Backs Baltic Pipeline to Give Russia the Heave-Ho
However, even an impressive fleet of 250,000 electric cars will be insufficient to achieve the goal of curtailing Finland's greenhouse gas emissions by 39 percent, which is part of the overall EU efforts. Therefore, the Finnish government is poised to increase the share of biofuels in liquid fuels used to 30 percent.

"At present, Finland is paving the way for massive investments in plants for the production of biofuels," Mykkänen said. "Byproducts of the wood industry that cannot be used for producing higher value goods, such as cellulose, paper or advanced composite materials will be used."

According to Finnish Economy Minister Olli Rehn, Finland is facing fundamental changes and is poised to build a strong bridge to a completely emission-free and carbon-neutral economy by 2050.

At present, however, Finland remains one of the EU's biggest energy consumers per capita. Reasons for this include industries with high energy consumption, high standards of living, cold climate and long distances. At present, some 80 percent of the energy use in households alone is being spent on heating.

© Wikipedia
The Frog Prince: Russia Rolls Out a Red Carpet for Finnish Frogs
Finland possesses no fossil fuels deposits of its own, which is why most of the energy sources, such as oil, gas and coal, are imported. Russia has traditionally been Finland's largest supplier of energy, providing over half of the country's oil and coal imports and virtually all gas imports. Furthermore, Russia is also Finland's partner in the Pyhäjoki NPP project. Additionally, the Loviisa NPP is driven by two Soviet-designed reactors.

At present, renewable energy provides 28 percent of the Finnish electricity. The production of renewable energy, however, remains highly subsidized. Since 2012, a production capacity of 2,500MW (about a fifth of Finland's peak consumption) has been gradually taken out of service. Finland's self-sufficiency in terms of crisis has been weakened accordingly, Finnish newspaper Västra Nyland wrote, warning of electricity shortages in case of severe frost.