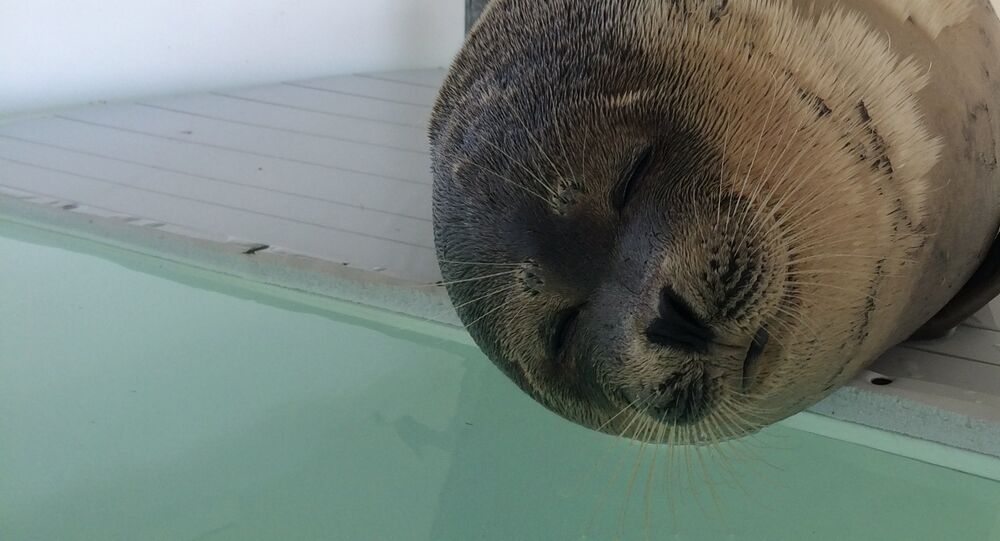 © Sputnik / Said Tsarnaev
Tehran's 'Big Lake' Claim Muddies the Waters in Caspian Sea Dispute
The Caspian Seal, a vulnerable seal species unique to the Caspian, is getting greater protection from sealing and environmental threats thanks to an Iranian conservation project with support from Russia, Dr. Amir Sayad Shirazi, director of Iran's Center for the Rescue and Rehabilitation of Caspian Seals, told Sputnik Persian.

"Historically, Caspian seal hunting is not widespread in Iran, which provided the foundation to begin the process of conserving this species from extinction in the whole Caspian," Shirazi said.

After returning from zoology studies in the Netherlands several years ago, Shirazi and his colleagues carried out a study to identify the key issues facing the seal species, and a plan to increase their population.

Sputnik Persian/Amir Sayad Shirazi
Amir Sayad Shirazi
Caspian seals are one of the smallest seal species, and they feed on a diet of Gobies, Kilka, Silverside and shrimp. Environmental hazards such as hunting, pollution and disease have caused their population to reduce drastically in recent years. At the end of the Soviet Union, there were around one million individuals, but now there are only about 100,000.

"We came to the conclusion that the population remains largely in the south-eastern part of the Caspian, in the Iranian and Turkmen regions. That is where we opened the rehabilitation center, on the island of Ashuradeh, not far from the (Iranian) port of Torkaman," Shirazi said.

Sputnik Persian/Amir Sayad Shirazi
Caspian seal
"We managed to get the support of our Dutch colleagues, and Iranian patrons, and gradually things got moving."

The center has gained attention in Iran for its natural and successful approach to conservation, and so far it has a 100 percent success rate in rehabilitating the seals which arrive at the center – so far there have been 74, who were all released back into the wild.

Sputnik Persian/Amir Sayad Shirazi
Caspian seal
"We have also gained a lot of experience in dealing with poachers. It is surprising but true that the Caspian seal becomes their target simply because it feeds on the fish that they fishing. We are constantly talking to fisherman to explain the importance of selective fishing, particularly in the south-east region of the Caspian, where we are trying to defend the seals' right to life," Shirazi said.

The Iranian project has gained the support of the other four Caspian Sea nations too: they are Azerbaijan, Kazakhstan, Russia and Turkmenistan. The center wants the Caspian seal to be included in each country's "red book" of rare and endangered species.

Sputnik Persian/Amir Sayad Shirazi
Staff at the Caspian seal rehab center
Shirazi said that Russia's Academy of Sciences has invited its scientists to a conservation congress held in Russia in May next year, at which the Caspian Sea countries will discuss measures to preserve a range of species.

"There is also an agreement with the Russians to open a rescue and rehabilitation center in Dagestan, similar to ours. We are making every effort to share our experience with our Russian colleagues on this issue. Two such centers in the region is a great contribution to overall success."