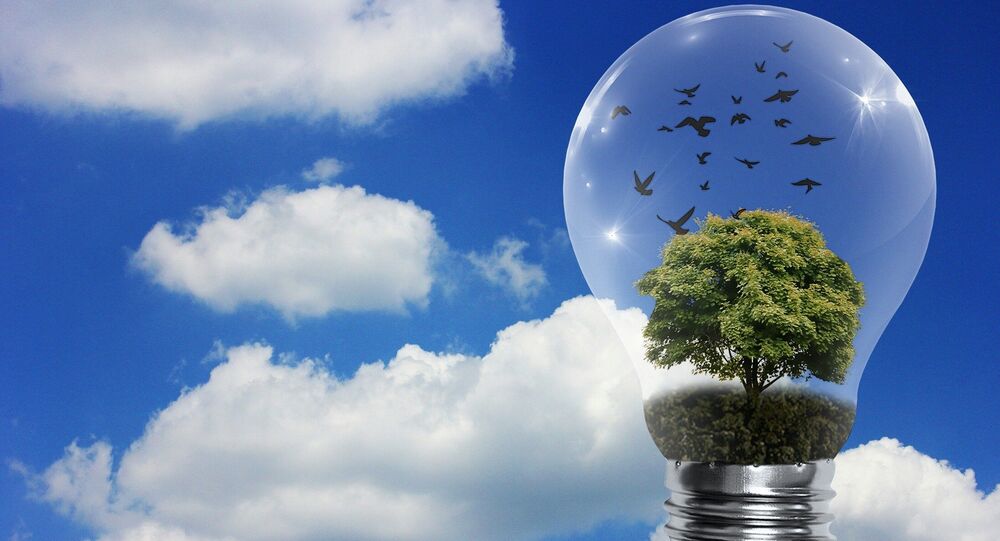 APEC ministers reaffirmed their countries' commitment to doubling the share of renewable energy in the APEC energy mix by 2030.

© Flickr / roseannadana
Next US President on Climate Change: Saving Businesses or Planet?
LIMA (Sputnik) — Ministers of trade, economy and foreign affairs of the Asia-Pacific Economic Cooperation (APEC) member states on Friday welcomed the recent entry into force of the Paris Climate Agreement and reaffirmed the goal to double the APEC share of renewable energy by 2030 in their joint statement.

"We welcome the recent entry into force of the Paris Agreement and commit to its ambitious and effective implementation. Our actions in these areas will protect human health and the environment, provide incentives for investments in green growth, and promote the global transformation required for a low carbon economy," the ministers said in a joint statement following talks in Lima, Peru.

"We reaffirm our commitment towards Leaders' aspirational goals to reduce aggregate energy intensity by 45 percent by 2035, to double the share of renewable energy in the APEC energy mix by 2030, and to achieve sustainable and resilient energy development within the Asia-Pacific," the statement reads.

The ministerial meeting will be followed by the summit on November 20.

Obama, Merkel Call for Trade, Climate Cooperation Between US, Germany