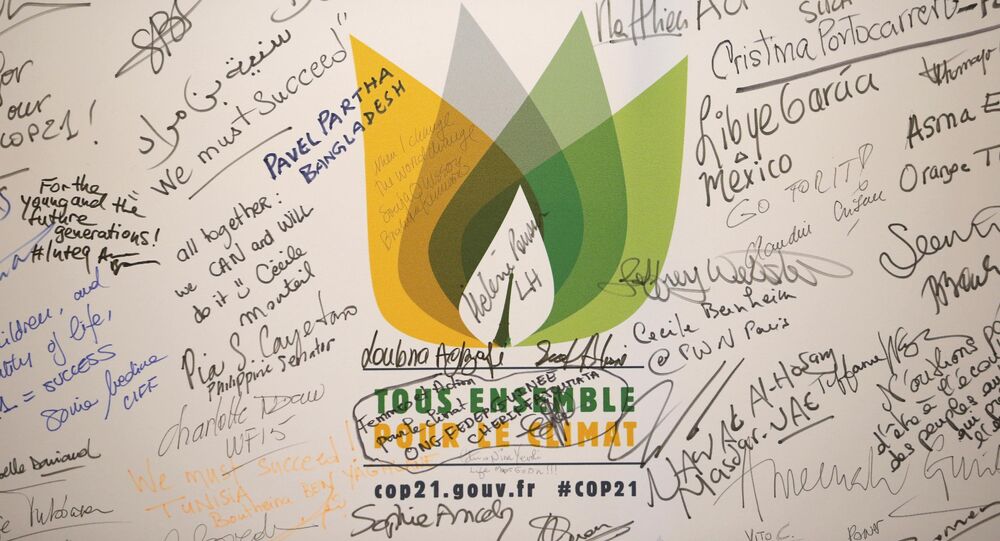 Scientific and conservation organizations are preparing to take on a task almost as grave as addressing climate change itself: getting Donald Trump to believe it’s real.

The president-elect, who has described man-made climate change as a hoax, has appointed climate change denier Myron Ebell to lead his Environmental Protection Agency transition team, and has promised to pull out of last year's landmark Paris Agreement climate deal when he takes power. In the deal, the US promises to reduce its carbon dioxide emissions by 26% to 28% below 2005 levels by 2025, largely by shifting away from coal.

But scientists aren't taking it lying down. The American Association for the Advancement of Science (AAAS) is gathering scientific voices in the US to try to convince Trump that their evidence is real, The Independent reports.

"I think we will be urging him to look at the evidence even before his first day because climate change is a major, historic, global problem and he should be looking at that even now," Rush Holt, CEO of the AAAS, told The Independent.

Because during the campaign, Trump said “different things about different issues at different times," it is hard to know what he will actually do, Holt said. Ebell's appointment, however, is a troubling sign.

The financial and diplomatic repercussions of pulling out of the Paris Climate agreement or other emissions commitments may be enough to give Trump pause, Holt suggested.

“We would condemn such moves and say that such action would put our country and our friends and competitors around the world in dangerous situations and that climate change is already costly in lives and dollars. If strong action isn’t taken, it will be only more so by all estimates, more costly than the cost of addressing it,” he said.

“Maybe he would respond to arguments of dollars and cents.”

In a statement on the AAAS website, Holt provides additional advice, saying the new president will need to quickly appoint a respected scientist or engineer to serve as science adviser.

“The next science adviser will need to be integrated at the earliest possible stage into the administration’s decision-making process,” Holt said, “not just on topics with an obvious science connection such as infectious-disease response, but on matters concerning diplomacy, cyber-security, agriculture and advanced manufacturing as well as resilient infrastructure, which also relate to science and technology.”

The venerable Sierra Club is also preparing to flight. A message on its home page reads, "MAKE AN EMERGENCY DONATION. We are not licking our wounds, we are preparing for the fights to come. Fight Back Against Trump."

Another Sierra Club action calls on visitors to the page, and the organization’s 2 million members, to urge President Barack Obama to do what he can to protect environmental measures from Trump.

"What we do now in response [to Trump's victory] will determine how catastrophic this shocking turn of events will be for our environment and our communities. The very first thing we must do is make sure President Obama does everything he can over the next couple months to protect our progress on climate action and environmental safeguards." Following the message is a menu of actions including a petition, social media messages and links to local branches of the organization.

John Coequyt, the Sierra Club's director of federal and international climate campaigns, told The Independent he expects environmentalists to raise their voices.

"I at least know there will be lots and lots of protests on this with the goal to change his position on it," he said.

It's not only scientists, but other nations, even erstwhile climate change deniers, who are pushing Trump to uphold the climate commitments America has taken on. A senior Chinese negotiator taking part in the UN climate talks underway in Morocco right now said, "It is global society's will that all want to co-operate to combat climate change," according to the Financial Times.

He also said "any movement by the new US government" would not affect China's own transition towards becoming a greener economy.

Nature Magazine notes that China is becoming an unlikely source of international leadership on climate issues. China leads the world in renewable-energy investment because it views clean energy as a necessity and an opportunity, the publication notes, citing Andrew Steer, president of the World Resources Institute, an environmental think tank in Washington DC. If Trump can come to see strict climate-change measures as a mechanism to ensure the US remains competitive in energy technology, he suggested, there is hope for the planet.

Other scientists writing in Nature Magazine urged the incoming president to use his business sense to think about the environment.

Director of the Renewable and Appropriate Energy Laboratory (RAEL) at the University of California, Berkeley, Daniel Kammen wrote, "If Trump's business bona fides are all he claims, he should see that the smart money is on clean energy. Clean-energy projects generate more jobs than do the coal and natural-gas sectors. With solar and wind projects creating energy prices between 2.5 and 4 cents per kilowatt-hour, the economic case is compelling — as is the argument for these technologies being the fastest way to provide energy access to the global poor, boosting their economic opportunities and capacity."

Al Gore, who has become a high-profile advocate for sane climate policies after his failed presidential bid, has also appealed to Trump to work with the scientific community.

In a statement, Gore said the work needed to solve the climate crisis depends "not on politics or ideology – or elections – but on our commitment to each other, to the health of our planet and to a sustainable future for all."

"Last night President-elect Trump said he wanted to be a president for all Americans," Gore wrote in the statement on his website. “In that spirit, I hope that he will work with the overwhelming majority of us who believe that the climate crisis is the greatest threat we face as a nation. I wish him well in these efforts and intend to do everything I can to work with him and his administration to ensure that our nation remains a leader in the global effort to meet this challenge."

The results of pulling out of the climate change agreement are neither far off nor theoretical, Louisiana environmentalists say, according to local media outlet The Lens. The southern state's coast, racked by hurricanes, flooding and oil spills over only the last decade, would see devastating flooding and land loss so severe it would cause mass evacuations within a few decades, if Trump does indeed abandon the plan to reduce America's greenhouse gas emissions.

"The implications for coastal Louisiana would likely be devastating," Torbjörn Törnqvist, chairman of the Department of Earth and Environmental Sciences at Tulane University, told The Lens.

"Under such a scenario, my prediction would be that within the next one or two decades, planning will have to start for relocating metropolitan areas like New Orleans."