A Finnish project to test the use of human urine as a fertilizer for grain crops has reached promising results. Contrary to the common stereotype, human urine is suitable for use as an effective and natural fertilizer, with prejudice being the major obstacle, according to Finnish researchers.

© Flickr / Timo Newton-Syms
Some Like It Hot: Finland Poised to Benefit From Global Warming
In the pilot project, human urine collected from festival-goers was used as a fertilizer for barley crops on test fields in Iitala and Kangasala in Häme Region in south-central Finland, Finnish state broadcaster Yle reported.

The results, presented at a seminar in the city of Tampere within the framework of the Biourea Project, indicated that the barley which had sprayed with urine by the hectare was at least as good as the crop treated with artificial fertilizer. The study also relayed that the usage of urine is perfectly safe hygiene-wise, as the crops yielded a low level of nitrogen and phosphorus.

According to Tuukkanen, the project received an unexpectedly warm welcome.

"We thought that the topic would entail a popular stigma, but farmers responded positively to the project. For a farmer, a nutrient is a nutrient," Tuukkanen explained. 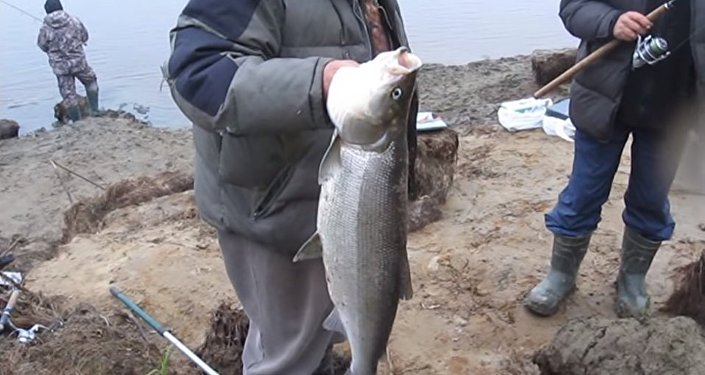 © Photo : Youtube / 2Kusocheka
Other Fish to Fry: Finland to Farm Savory Russian Nelma
The "raw material" was collected from portable toilet facilities at last year's summertime festivities, such as Tammerfest and Puntala-rock in the Tampere Area and World Village and Weekend Festival in the capital, Helsinki. Over the winter, the urine was "aged" in special tanks to let the pH value rise to levels that are lethal for bacteria.

Additionally, some of the urine was collected on the campus of the Tampere University of Applied Sciences (TAMK), which is part of the Biourea Project, which aims to produce fertilizer in close nutrient circles. Other contributors to the project include with the Global Dry Toilet Association of Finland (Huussi) and the Finnish Environment Institute (SYKE).

So far the project was met with divided opinions — yet attracted plenty of interest. The main remaining concern is whether drugs detected in the urine were carried over into the harvested grain. Remarkably, preliminary data failed to identify significant levels, which may pave the way for a more widespread use of human discharge.

Summer is a period of traditional open-air festivals in Finland, ranging from rock and heavy metal to visual arts and agriculture. Provided that the project is given the go-ahead, there should be no shortage of input material.