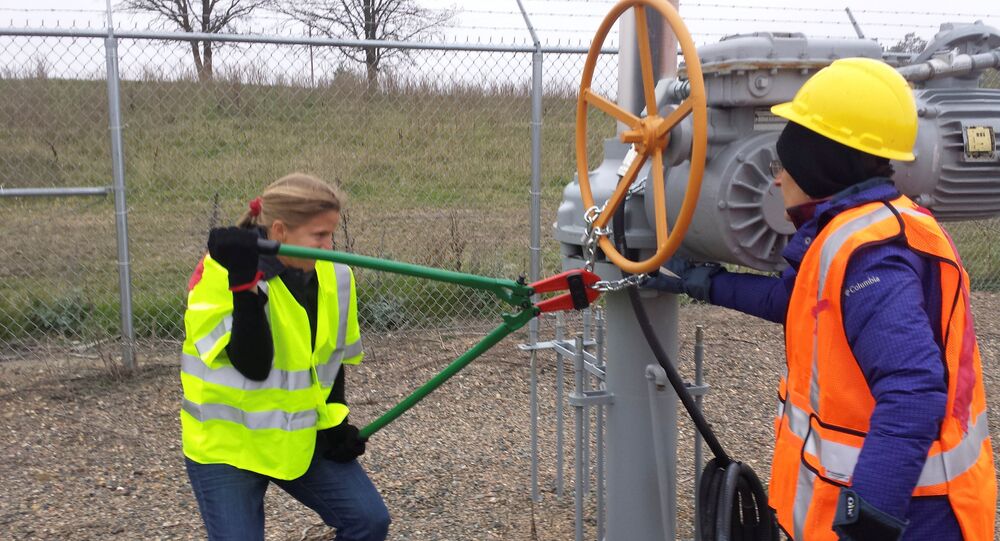 As a part of ongoing peaceful protests against the construction of new oil pipelines in the United States, protesters across four states halted the flow of crude from Canada by closing station valves.

The Standing Rock Sioux Tribe has sued the US federal government to prevent construction of the 1,160-mile Dakota Access Pipeline (DAPL), claiming that tribal administration was not consulted, even though the pipeline runs through tribal lands.

"We are acting in response to this catastrophe we are facing," said Afrin Sopariwala, a spokeswoman for the group.

At least four individuals were arrested in relation to the stunt, which shut down pipelines belonging to Enbridge Inc., Spectra Energy, TransCanada, and Kinder Morgan. Combined, these lines can carry up to 2.8 million barrels of oil per day.

The companies stated that the shutdowns would have no effect on their flow of oil.

Officials have warned that such acts of protests could be dangerous and harmful to the environment.

"Tampering with energy infrastructure is a dangerous activity and it could cause harm to citizens and surrounding communities, which is unacceptable," said Canadian Energy Minister Jim Carr.

Others noted that unscheduled shutdowns can create pressure increases that can cause oil leaks, especially in older, uninspected oil infrastructure.

"Closing valves on major pipelines can have unexpected consequences endangering people and the environment," said Carl Weimer, executive director at the industry watchdog Pipeline Safety Trust, adding, “We do not support this type of action.”

On Monday, 27 protesters were arrested at the DAPL construction site, including popular actress Shailene Woodley.

Speaking to Radio Sputnik’s Loud & Clear earlier this month, Dennis Banks, co-founder of the American Indian Movement, said he was "shocked that the Obama Administration has looked the other way" as peaceful protests against the DAPL continue.

"If the tribe doesn’t want it, then their position has to be honored. And if any tribe feels that there are sacred sites or burial sites at risk, then they will move to protect those sites…we have the ultimate authority," he said.

"I can understand when the government is being run by corporations, corporations will always win. In their eyes they have already won, but in our historical stance, we will win this one."