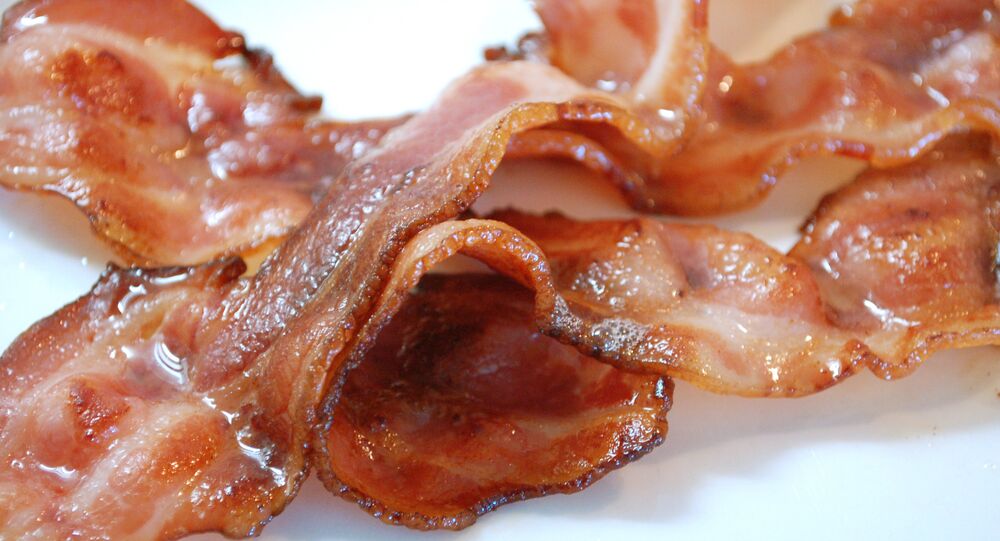 The Nordic countries are renowned for their propensity for green solutions and environmentalism. One of the main issues in the environmental debate is food waste. To address this, the Finnish chemical industry has launched a campaign to collect fat from the population and process it into diesel fuel.

© Flickr / Michael Stern
Waste Not, Want Not: Finland Starts Gourmet 'Leftovers' Restaurants
Finnish chemical enterprises are ready to metabolize leftover grease into diesel fuel. The goal of the Kinkkutemppu campaign is to raise awareness of ecological waste management, as well as remind fellow Finns of the fact that grease and animal fats cannot be poured down the drain. As a bonus, Finns will be offered the opportunity to recycle leftover fat from the traditional Christmas ham and other dishes that are considered unhealthy by today's gastronomical standards.

In the course of the campaign, about 40 grease collecting points will be opened throughout the country, Finnish state broadcaster Yle reported. Revenues from fat collection will be transferred to charity.

Finland is among the world's leading nations when it comes to the development of alternative sources of energy to become more eco-friendly and also obtain energy independence. For years, Finnish researchers have been developing second-generation bio-diesel, which can be made from all kinds of waste, including refuse wood, splinters and manure.

​By 2020, half of Finland's energy is expected to be produced with renewable fuels. At the same time, Finland's greenhouse gas emissions are to be reduced by almost 40 percent by 2030. The former target is that of the government, whereas the latter is the EU's requirement.

© Sputnik / Konstantin Chalabov
App Against Food Waste Big Hit in Denmark
According to an opinion piece, penned by Swedish Rural Minister Sven-Erik Bucht and Former Finnish Economy Minister Olli Rehn for the newspaper EUobserver, Finland and Sweden are all set to pioneer the bioeconomy, leading the way and inspiring countries in the EU and around the globe.

According to the article, the main goal of the Nordic economy policy is to move away from the dependence on fossil fuels and maintain a sustainable development. This should be achieved through reducing carbon dioxide emissions and promoting "green" solutions, such as fossil-free fuel and eco-friendly materials in construction.

#travel #finland #Autumn is a time of silence. A time to step back and calm down. It is a time for hiking in clean. pic.twitter.com/GTelgesbjk

​At present, however, Finland remains one of the EU's highest energy consumers per capita. Reasons for this include industries with high energy consumption, high standards of living, cold climate and long distances. There are no fossil fuels in Finland, which is why most of the energy sources, such as oil, gas and coal, are imported. Russia has traditionally been Finland's largest supplier of energy.