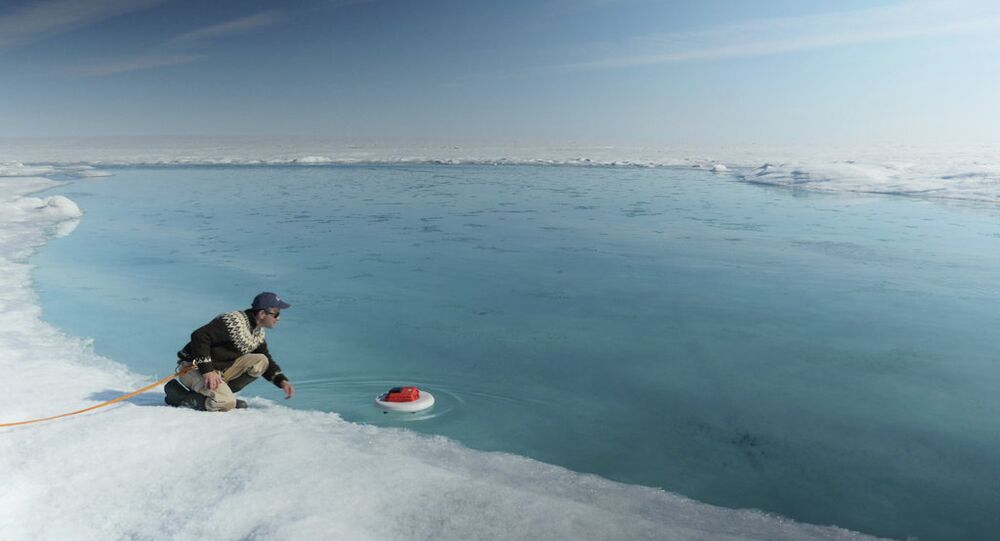 Renowned American climatologist James Hansen, the first scientist to draw public attention to the acceleration of global warming in the 1980s, has released a new study stating that the Paris Agreement regarding greenhouse-gas emissions control will unlikely save humanity from the disastrous consequences of the current climate change.

© Flickr / NASA Goddard Space Flight Center
Sudden Disappearance of Arctic Ice to Have Disastrous Effect, Scientist Warns
The paper, prepared by Hansen, along with other researchers, has been presented for public discussion to the Earth System Dynamics journal and is yet to be peer-reviewed.

The study authors intend to spotlight last year’s court trial against the US government, brought by a group of Americans and headed by Hansen.

According to the plaintiffs, the American government is falling short of taking action to mitigate the effects of climate change, and is consequently putting into question the survival of future generations, thus violating human rights.

The study details that current temperature averages are comparable to those of the interglacial Eemian period, that ended 115,000 years ago. At the time, the planet’s ice sheet was much thinner than it is now and the sea level is estimated to have been some nine meters higher.

Hansen, formerly a top NASA scientist, said to reporters Monday that humanity is “running out of time on this climate issue.” The Paris Agreement emissions accords are not doing enough, he stated, only creating the illusion of addressing the urgent problem.

The goal of limiting the average temperature rise to 1.5C above pre-industrial-age levels, agreed by representatives of the world’s 195 recognized countries is deemed to be currently impossible, as it requires the application of technologies that have not yet been invented. Not only would all internal-combustion engines need to switch to biofuel immediately, but also excess carbon dioxide, already in the atmosphere, would have to be removed.

“Even with optimistic assumptions [future emissions reductions] will cost hundreds of trillions of dollars,” Hansen stated. “It’s potentially putting young people in charge of a situation that is beyond their control. It’s not clear they will be able to take such actions.”

Hansen suggests that prompt steps must be taken, including the implementation of a carbon-emission tax on fracking companies and legal actions against governments, to press them to cut down emissions.

© AFP 2021 / VANDERLEI ALMEIDA
Alarming Melt Down: Global Warming Set to Destroy 'White Continent'
“The science is crystal clear, we have to phase out emissions over the next few decades,” he said. “That won’t happen without substantial actions by Congress and the executive branch, and that’s not happening, so we need the courts to apply pressure, as they did with civil rights.”

According to the Advancing the Sustainable Development Goals report, 81 percent of millennials, those aged 16-35 years, who comprise up to a third of the world’s population, strongly favor adhering to the Paris Agreement and taking urgent steps to mitigate the effects of global warming.

It is unclear if studies, such as those presented by Hansen, will help to win legal battles intended to exert pressure on governments to take bold steps toward a reduction of emissions, Penn State University’s climatologist Michael Mann said, according to INKL news outlet.

Senior US Official Heads for Climate Change Conference in Paris