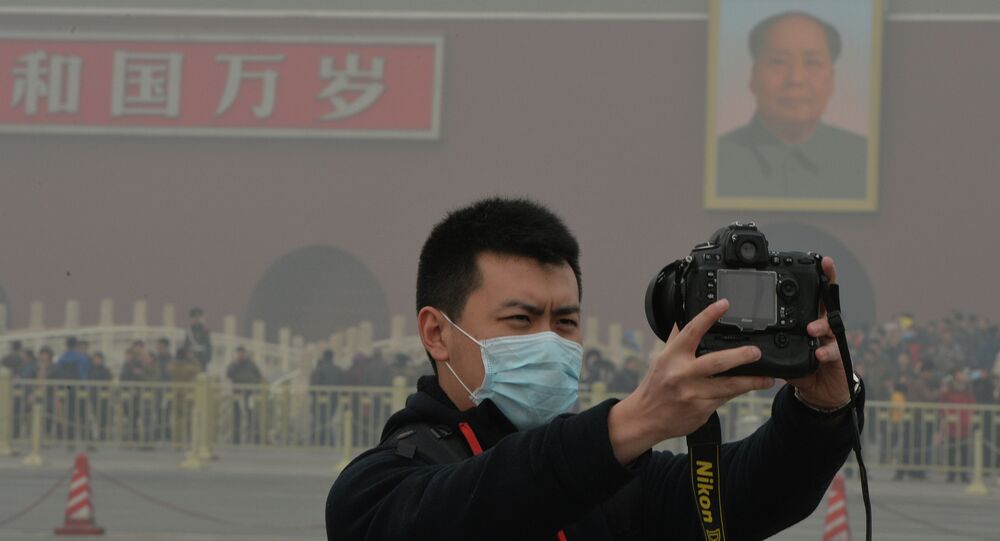 Only one in 10 lives in countries with air quality that complies with the standards, while the most polluted regions are South-East Asia and Western Pacific, according to the World Health Organization.

MOSCOW (Sputnik) — More than 92 percent of people worldwide live in the areas where the levels of air pollution exceed safety limits, the World Health Organization (WHO) said in a statement on Tuesday presenting a new air quality model.

​"WHO air quality model confirms that 92% of the world’s population lives in places where air quality levels exceed 'WHO’s Ambient Air quality guidelines' for annual mean of particulate matter with a diameter of less than 2.5 micrometres," the statement read.

"Air pollution continues take a toll on the health of the most vulnerable populations – women, children and the older adults… For people to be healthy, they must breathe clean air from their first breath to their last," Dr. Flavia Bustreo, Assistant Director General at WHO said as quoted in the statement.

© CC BY 2.0 / Thomas Hawk
Get Some Fresh Air! Scientist Reveal Deadly Effects of Indoor Pollution
The WHO stresses, that only one in 10 lives in countries with air quality that complies with the standards, while the most polluted regions are South-East Asia and Western Pacific.

The new WHO air quality model shows health data related to air pollution by country collected via satellite measurements, air transport models and ground station monitors for over 3,000 locations both rural and urban, according to the organization. The WHO cooperated with the United Kingdom's University of Bath to develop the model.