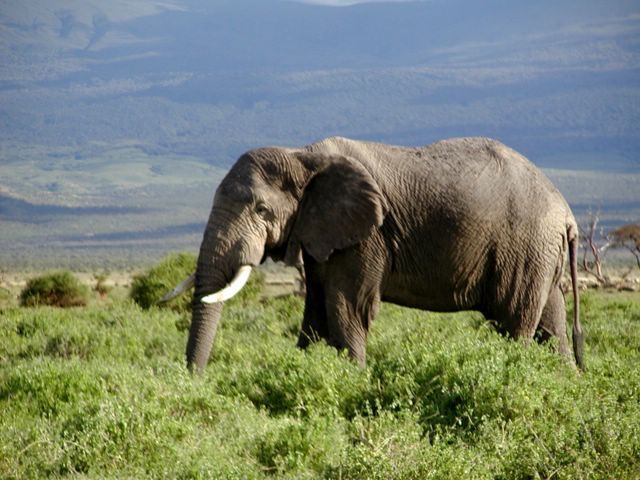 Forest elephants in Africa are in sharp decline due to poaching, after a 65-percent drop since 2002 was registered. According to a study published Wednesday in the Journal of Applied Ecology, even an immediate end to poaching will not return the species to 2002 population levels.

The study authors cite low forest elephant birth rates. While their larger relatives, bush elephants living on savannah grasslands, begin breeding at the age of 12, “female forest elephants in the Dzanga population typically breed for the first time after 23 years of age,” said lead author Andrea Turkalo, an associate conservation scientist at the Wildlife Conservation Society (WCS).
The challenges of living in forests, where elephants feed, limits population growth. Most vegetation is raised up in forest canopies that elephants cannot reach. “In addition, vegetation in tropical systems are laden with compounds to defend their leaves from herbivores, including elephants,” co-author Peter Wrege, a behavioral ecologist at the Cornell Lab of Ornithology, said.

According to WWF, “probably one quarter to one third of the total African elephant population is made up of forest elephants.” Once roaming the entire African continent, today the species is found in much-reduced groups and only in scattered areas.