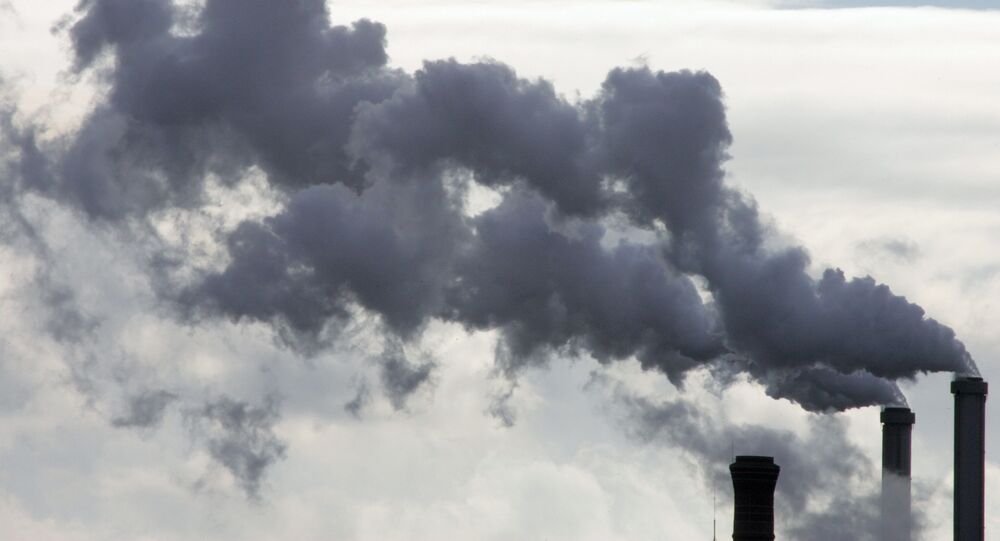 Humanity’s effects on the Earth have been so significant in modern times that a new era - the Anthropocene - has now begun, ending the Holocene, suggest experts.

The recommendation to declare a new geological Earth epoch was presented on Monday to the International Geological Congress in Cape Town, South Africa.

The term Anthropocene was coined in 2000 by Paul Crutzen, a Nobel Prize-winning scientist. "This name change stresses the enormity of humanity's responsibility as stewards of the Earth," he said in 2011.

© Photo : OyanNews twitter
Environment's Best Friend: Iranian Dog Bins Trash Humans Leave in Street
Human activity has led to profound changes on the Earth, including that of carbon dioxide emissions causing global warming and the subsequent rise of sea levels, widespread species extinction and land transformation due to deforestation, indicating the end of the Holocene era, said to have begun some 12,000 years ago.

"The Anthropocene marks a new period in which our collective activities dominate the planetary machinery," said Chris Rapley, former director of the Science Museum in London, now a climate scientist at University College London.

Although Crutzen claims that the name change is overdue, marking significant changes in the geological time scale requires strong evidence.

As professor Jan Zalasiewicz, a geologist at the University of Leicester, and chair of the Working Group on the Anthropocene said, "Our stratigraphic colleagues are very protective of the geological time scale. They see it very rightly as the backbone of geology and they do not amend it lightly."

In order to define the new Anthropocene era, indicators, including levels of radioactive elements in the stratosphere from nuclear bomb tests, unburned hydrocarbons from power stations and other fossil-fuel combustion sources, the ubiquitous slowly degrading plastic pollution swirling in the oceans, atmospheric aluminium and concrete particulates, as well as excessive nitrogen and phosphate in soils are to be considered as evidence, said Zalasiewicz. As for species, the spread of some, rather than the mass extinctions of many others, can serve as a useful tool for designating the Anthropocene. The global ubiquity of the domestic chicken, for example, is likely to be a metric in defining the advent of the Anthropocene.

In geological terms, an epoch typically lasts several million years. If determining the signals and the starting point of the Anthropocene takes so much less time, it "would be lightning speed for such a geological decision, which in the past would have taken decades and even centuries to make," according to a recent article in the Guardian.

Are We Already Living in the Anthropocene?

Difference of 0.5 Degrees Critical in Respect of Global Warming